The more transaction-friendly bitcoin spinoff had three separate pieces of positive news today. Most of its peers did not.

Thursday wasn't a big day for most of the major cryptocurrencies, according to CoinMarketCap. Bitcoin traded 1.4% lower at 1:30 p.m. EST, compared to 24 hours earlier. Ethereum was down 4.7%, Ripple had lost 3.7%, and nine of the 10 largest digital currencies were trading in the red.

At the same time, Bitcoin Cash was bucking the trend.

The fourth-largest cryptocurrency, whether you're counting by market capitalization or by daily dollar volume being traded, gained 21.3% since the same time yesterday.

That's a sharp change from recent days, where all the big names traded way up or way down -- pretty much in unison. Today, most of the cryptocurrency market is bubbling slightly lower as if exhaling after a difficult week. And Bitcoin Cash is just going its own way.

The currency, which was split off from the good old bitcoin base in August 2017, is rising thanks to three separate pieces of good news.

I'm about to get a little technical here -- if you'd rather skip that, keep reading below the coin-obsessed kitten. Just scroll down.

The purpose of creating a new version of bitcoin in the first place was to make the currency more suitable for actual payments rather than buy-and-hold investing. Bitcoin's transaction fees have been racing sky-high in recent months, even as the completion times for each transaction slowed down. Bitcoin Cash works around these limitations by raising the size limit of each data block from 1 megabyte to 8 MB. This way, the same amount of computing work can handle many more transactions much faster, and with lower built-in fees.

Those are the technical tidings. Elsewhere, popular cryptocurrency marketplace OpenBazaar recently added support for Bitcoin Cash and Zcash. The change was made last week, but news can travel deceptively slowly in the breathless cryptocurrency markets, and many users are only hearing about it today. This is an instant adrenaline shot for the coin, because OpenBazaar is a popular software platform for crypto-trading around which many digital exchanges have built their business models. For those keeping score at home, ZCash was trading 5% higher as of this writing. 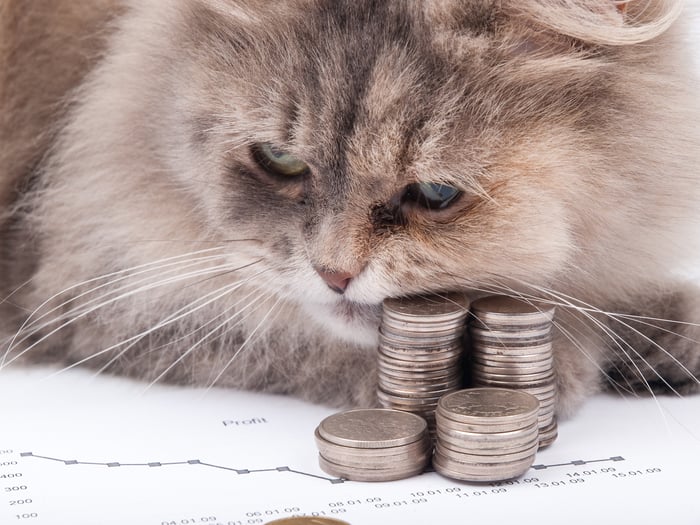 What it all means in plain English

So Bitcoin Cash just widened its addressable market by a fair bit while the tech gurus behind the scenes made strides toward solving some technical problems with this currency.

That's how you trigger a 21% jump on an otherwise sleepy market day. It remains to be seen whether Bitcoin Cash can hold on to these gains. The other big boys have active developer communities, too, and the relative gains and losses can whipsaw quickly when another major coin comes up with a big improvement.

But today, Bitcoin Cash is the king of the cryptocurrency hill.