Revenues are on target, but Nielsen missed the mark on profits.

Shares of professional TV-watcher Nielsen Holdings (NLSN 1.72%) plunged in Thursday trading, to close down 9.7% after reporting fiscal Q4 and full-year 2017 earnings. Expected to earn $0.80 per share (presumably pro forma) for the quarter on $1.76 billion in sales, Nielsen hit its sales target on the nose, but came up short on earnings. GAAP profits came in at a meager $0.23 per share, and even "adjusted" for one-time items, pro forma profits fell well short of the mark, at only $0.52 per share. 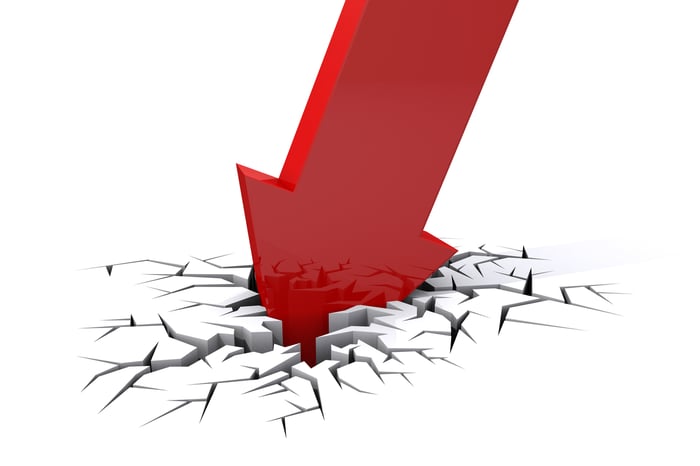 So much for the expectations game, which Nielsen lost. What about objectively speaking? How did Nielsen perform in comparison to last year?

Looking ahead to 2018, Nielsen gave new guidance, predicting that this year, sales will grow about 3% on a constant-currency basis -- i.e. not accounting for fluctuations in foreign-exchange rates. That implies a sales target of about $6.8 billion.

Profitswise, Nielsen is aiming to earn between $1.40 and $1.46 GAAP, growing its earnings about 19% in comparison to 2017's profits. Management is also targeting free cash flow of approximately $800 million for the year, however -- which would be down about 7% from the $863 million in cash it says it generated in 2017, which was itself down 8% from what Nielsen generated in 2016.

Weighed against Nielsen's $12.1 billion post-sell-off market capitalization, that works out to a valuation of about 15.1 times this year's free cash flow (FCF) -- not a bad valuation for a growing company. But with FCF headed the wrong way for its second year in a row, Nielsen may not be a "growing company" anymore.