Please ensure Javascript is enabled for purposes of website accessibility
Log In Help Join The Motley Fool
Free Article Join Over 1 Million Premium Members And Get More In-Depth Stock Guidance and Research
By Tyler Crowe - Feb 9, 2018 at 9:04AM

Suncor put the finishing touches on its two major oil projects in the fourth quarter, and now it wants to use that cash on buybacks and dividends.

The fourth quarter was a major milestone for Suncor Energy (SU 1.43%) as it completed an ambitious growth phase that started a few years back. Construction is now complete at both Fort Hills and Hebron, which means the company's capital spending plans are going to change in a big way over the next couple of years.

Let's dig into the company's results from this past quarter and get a feel for what investors can expect from this Canadian oil giant over the next couple of years.

It is hard to find fault with anything that happened at Suncor this past quarter, because everything went its way, really. The company was able to maintain high production rates for oil and gas, and higher oil prices significantly improved earnings. What's more surprising was that the company's refining and marketing segment didn't suffer as a result of higher prices. Typically, when crude prices rise quickly, refined product prices don't respond quick enough, and refining margins get very small. However, Suncor's facilities are designed to use a lot of heavy Canadian crude oil, which comes at a much lower cost than lighter crudes that are produced from shale. 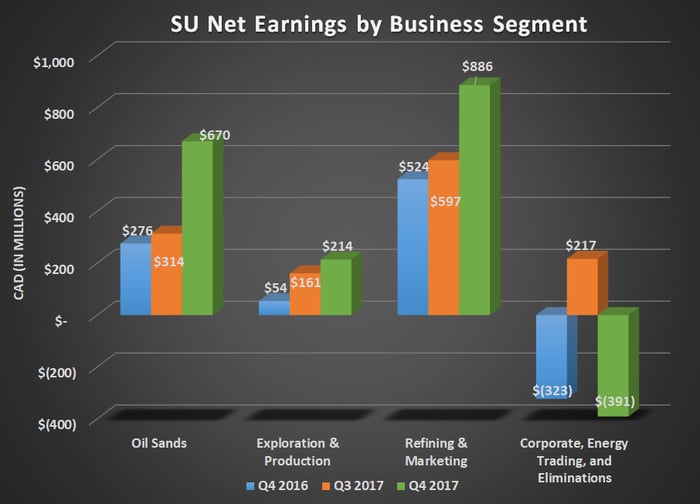 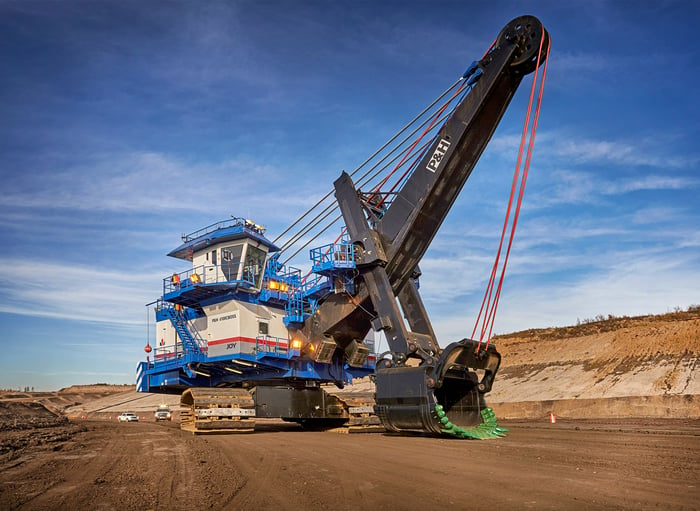 Strong performance in both our upstream and downstream operations combined to generate record quarterly funds from operations of more than $3 billion. This was significantly higher than our capital and dividend commitments, allowing us to reduce long-term debt and return additional value to shareholders through more than $800 million in share repurchases.

With Fort Hills and Hebron both successfully commissioned and now producing oil, the safe and steady ramp up of production is proceeding as planned. We believe the addition of these high-quality assets to our portfolio will return long-term value to shareholders and could not have been achieved without the hard work and dedication of our employees and business partners. 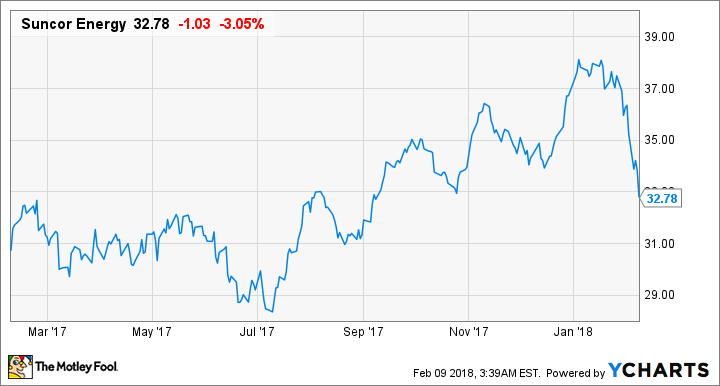 These next couple of years have a chance to be incredibly lucrative for Suncor investors. Now that Hebron and Fort Hills are operational, the company doesn't have any greenlighted projects. That means management expects to spend about CA$4.5 billion to CA$5.0 billion next year, which is a significant reduction from the past few years. Chances are that a large chunk of that cash will be given back to shareholders until it gets ready to sanction any new projects. The only things that might give investors pause are the operational hiccups it had over the past couple of years.

With low capital obligations for the foreseeable future, production increases from Fort Hills and Hebron throughout 2018, and a more favorable crude oil environment; shares of Suncor are looking very attractive.