The supermarket chain tumbled after a weak earnings report as its turnaround efforts have yet to yield results.

Shares of SUPERVALU Inc. (SVU) were skidding last month after the diversified supermarket operator posted disappointing results in its third-quarter earnings report. The stock finished the month down 27%, according to data from S&P Global Market Intelligence.

As you can see from the chart below, almost all of those losses came on the heels of the earnings report on Jan. 10. 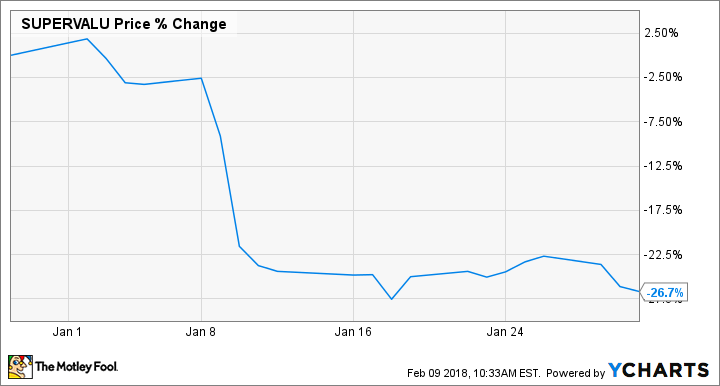 Shares of SUPERVALU closed down 13.7% on Jan. 10 after the company's profits kept falling despite progress its made in its pivot from retailer to wholesaler. Revenue in the quarter jumped 31% to $3.94 billion, due to its recent acquisition of Unified Grocers, but that still missed estimates at $3.99 billion. Challenges persisted in its retail division as sales tumbled 4.1% to $1.02 billion and comparable sales dropped 3.5%.

Adjusted earnings per share fell from $0.35 a year ago to $0.31 and was also short of expectations of $0.46. During the quarter, the company completed its acquisition of Associated Grocers of Florida, maintaining its strategy of investing in the wholesale business as its retail side struggles. Management also touted strong underlying growth in the wholesale business. 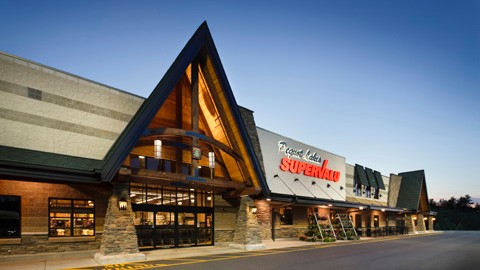 The company also slashed its full-year profit guidance, calling for net income between -$20 million to $2 million, which includes $35 million-$45 million in noncash charges. It had previously forecast net income of $31 million-$50 million.

In February, activist investor Blackwells Capital took a stake in SUPERVALU, urging for a breakup and a potential sale of the wholesale division. It also asked for three board seats. In response, SUPERVALU issued a statement, saying it's "confident that their ongoing efforts to transform the Company are driving growth and enhancing SUPERVALU's unique competitive position," adding that the wholesale division now makes up 75% of revenue, up from 44%.

Considering the stock's recent troubles and the changing competitive landscape with Amazon.com's entry and significant investments from Walmart and Kroger, a breakup could be in shareholders' best interest. The emergence of an activist investor could at least help put a floor on the stock for now.