The casino resort company is losing market share in Macau, but it's still a cash-flow machine.

Macau has changed a lot in the last year, and gaming companies like Melco Resorts & Entertainment Limited (MLCO 4.70%) are starting to adapt to the new realities there. New resorts from Las Vegas Sands and Wynn Resorts have opened in the Chinese territory, and are pulling customers away from older properties. Then there's the resurgence of VIP gaming, which is making a comeback after a two-year decline sparked by policy changes in Beijing.

Amid the upheaval, there's still a lot of money to be made in Macau -- there's just a shift in how it's being made. Melco Resorts' fourth quarter showed where it stands in the market today. 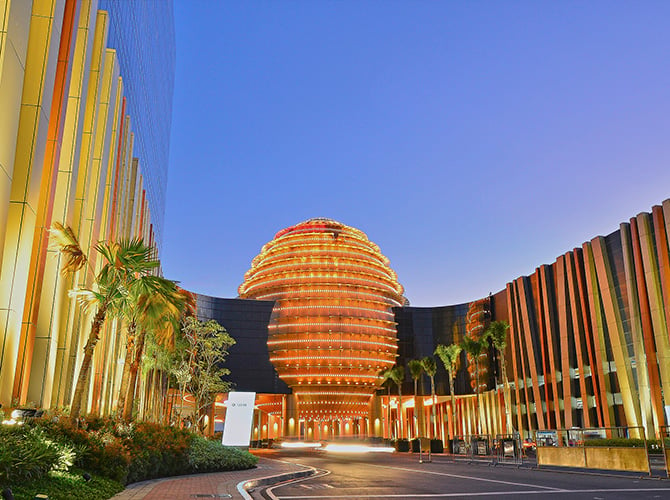 Overall, Melco Resorts' revenue was up 12% to $1.33 billion, adjusted EBITDA rose 12% to $339.8 million, and net income nearly doubled to $81.2 million, or $0.17 per ADS. What the headline numbers don't tell us, though, is where Melco stands versus its competitors in Macau's growing market.

City of Dreams Manila generated $53.8 million in property EBITDA and had nearly two-thirds of the EBITDA market share in The Philippines in the past year at $147.6 million. The property isn't the biggest contributor to Melco Resorts' bottom line, but it's becoming a solidly profitable resort long term.

Melco Resorts expects to open the Morpheus Tower at City of Dreams in Macau in the second quarter, adding another 780 hotel rooms to the company's biggest property.

While a new hotel may not be a game changer for City of Dreams, it'll keep some customers who have been trying out the new options on Macau within the company's properties. I would also expect an incremental improvement in operations once MGM Resorts completes its Cotai project next door later this year, and when the light rail construction is completed. By year's end, City of Dreams and Morpheus will be in the center of the action in Macau.

A great reason to own Melco Resorts

In 2017, Melco Resorts generated $1.43 billion in adjusted property EBITDA, a proxy for the cash flow generated by a resort and casino. On the balance sheet, the company had $3.6 billion in debt, offset by $1.5 billion in cash for net debt of $2.1 billion. In other words, net debt is just 1.5 times annual EBITDA, an extremely low debt level for a gaming company.

Melco Resorts isn't cheap, with its enterprise value divided by EBITDA at about 12.2. But the company's low leverage means the stock has less downside than more highly levered competitors. And if the Macau market continues to grow, Melco Resorts will be able to ride the wave higher, even if it isn't taking greater market share long term.