Please ensure Javascript is enabled for purposes of website accessibility
Log In Help Join The Motley Fool
Free Article Join Over 1 Million Premium Members And Get More In-Depth Stock Guidance and Research
By Rich Duprey - Feb 12, 2018 at 9:06AM

When one door slams shut, another one opens.

While Kroger (KR -1.78%) reportedly has a lot of irons in the fire with regard to how it can take its grocery store business to the next level, one that's apparently been extinguished is its pursuit of online wholesaler Boxed.

The leading U.S. supermarket chain reportedly offered between $300 million and $400 million to buy the outfit that's been described as an online version of Costco (COST -1.07%), but the buyout was rejected because Boxed supposedly wants Amazon.com (AMZN 1.64%) to make a bid. 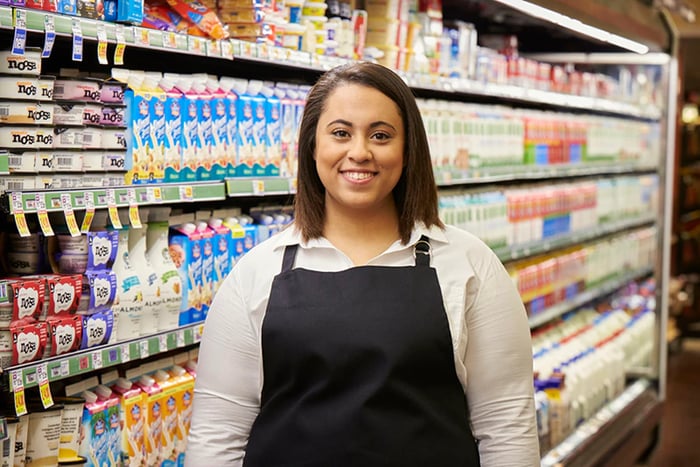 Kroger is making significant investments in its business to make it more competitive with both Walmart (WMT 0.22%) and Amazon, especially after the latter bought Whole Foods Market. The e-commerce giant recently said it would be opening as many as five more Whole Foods 365 discount stores this year. Amazon also opened to the public its first cashless Amazon Go stores. While those concepts come nowhere near the nearly 2,800 supermarkets Kroger operates, it indicates that the grocery store landscape will become much more competitive in the future.

To counteract that, Kroger has been investing in technology with its Scan Bag Go platform to ease the self-checkout process, has investigated adding clothing and hardware to its stores, and has been looking for additional ways to make its online presence more robust. That includes the overture to Boxed, but also supposedly Overstock.com and a potential partnership with Alibaba (BABA -0.66%).

Buying Boxed, however, would have given Kroger a much-needed boost to its home delivery service. Although the supermarket chain has been expanding its ClickList service, the online grocery ordering and pickup app it acquired from Harris Teeter in 2014, and which is available at about a third of its stores, Boxed would have given it significantly more heft in that area and would have kept the online wholesaler out of competitors' hands.

It's reported that in addition to Amazon, other retailers, including Walmart, Costco, and Target, deep-discount chain Aldi, and even Bed Bath & Beyond are interested in acquiring the company. Amazon's purchase of Whole Foods last year provided the impetus for many supermarkets to improve their e-commerce and delivery capabilities. 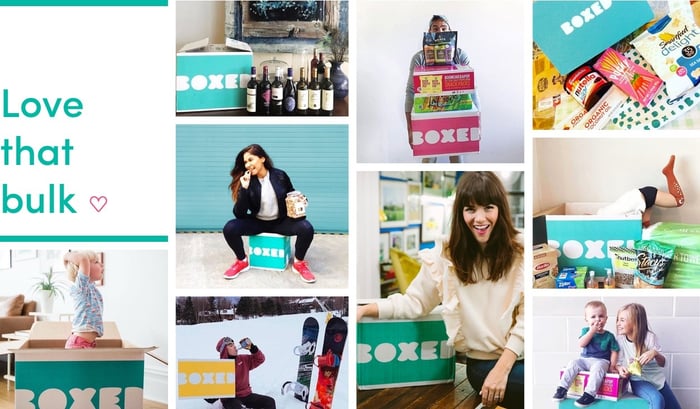 Boxed's success has come from offering consumers and businesses the convenience of purchasing bulk household goods and groceries with free two-day delivery on purchases of over $49, which makes it like shopping at Costco from the comfort of your living room, but without having to pay membership fees. It reportedly had discussions with Costco early on about being acquired, because their business models are so similar, but nothing ever came of it.

In that way, Boxed is very much like Jet.com, which Walmart purchased for $3.3 billion in 2016, helping the retail giant boost e-commerce net sales by 50% in the third quarter and increase total dollar volume for online sales by 53%.

Certainly, acquiring Boxed could have helped Kroger in a similar regard, but it may be able to achieve the same goals if it buys Overstock.com, which may be put up for sale as founder Patrick Byrne turns more toward cryptocurrencies, even though it puts the grocer into a whole new line of business of having to deal with housewares and such.

But the rejection might mean Kroger would be better off partnering with Alibaba, as has been suggested, or even going so far, as some analysts recommend, of being acquired by the Chinese e-commerce leader.

In any case, Kroger is showing it remains serious about maintaining and advancing its position in the competitive landscape. If it ends up in the hands of Alibaba, as either a partner or a subsidiary, the purported rejection by Boxed could end up being one of the best things to happen to the grocery store giant.