Please ensure Javascript is enabled for purposes of website accessibility
Log In Help Join The Motley Fool
Free Article Join Over 1 Million Premium Members And Get More In-Depth Stock Guidance and Research
By Leo Sun - Feb 13, 2018 at 8:43AM

The platform lets Baidu users adopt a single "crypto-dog" and receive 1,000 free points toward breeding their pets or buying other dogs. It then uses blockchain to record the adoptions and transactions.

The idea isn't an original one -- it's practically identical to the Cryptokitties adoption platform which runs on Ethereum's blockchain network. Cryptokitties surged in popularity last year, clogging up the network and spawning dozens of clones on other blockchain networks. For example, NetEase, one of the top video game publishers in China, recently introduced a similar blockchain-powered game called Beckoning Cat, which lets users adopt pet cats.

A showcase for its blockchain service

Baidu probably doesn't think Leci Gou will generate any meaningful revenue. Instead, it's likely using it to showcase the new blockchain-as-a-service (BaaS) platform it unveiled in mid-January.

At the time, Baidu declared that it had created the "first asset-backed securities exchange" powered by blockchain in China. It also stated that the BaaS platform, Baidu Trust, could apply blockchain to transfers of digital currencies, bill payments, credit management, insurance management, audits, and other financial services. 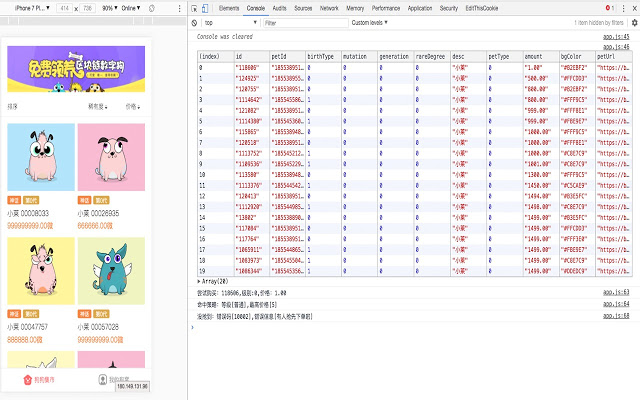 All of these rivals have invested heavily in blockchain tech. Alibaba is the world's top owner of blockchain patents according to Chinese site IPRDaily, and uses the technology to improve its e-commerce transactions and track supply chain issues.

JD uses blockchain to track its supply chain, handle food safety issues, and improve its logistics. Tencent, with the help of Intel, is currently building a suite of blockchain services called TrustSQL to promote the development of a "trusted internet". It also introduced its own BaaS platform last November.

Why Baidu needs to keep pace with those rivals

Therefore, Baidu's move into this space wasn't surprising -- it was necessary. Baidu is currently partnered with JD, but Tencent and Alibaba are fierce ecosystem rivals which are both eyeing Baidu's dominance of China's online search market.

Tencent added search features to WeChat, the most popular messaging app in China, last year. Its expansion of WeChat into an online-to-offline (O2O) platform for ride hailing services, online purchases, mobile payments, games, and other services also threatens the growth of Baidu's cloud and O2O services.

Meanwhile, Alibaba's takeover of UCWeb in 2014 gave it Shemna, which controls about 25% of China's search market. That's well below Baidu's 61% share, but Baidu has been losing market share to Shenma since last October, according to Statcounter.

How to spot the losers on the blockchain bandwagon

Baidu's Leci Gou is gimmicky, but it showcases a growing blockchain platform which could help Baidu keep pace with Tencent and Alibaba's moves in the fintech and O2O markets.

It's a smart move for Baidu, but investors should be wary of the potential losers on the blockchain bandwagon in China. Chinese cloud service provider Xunlei (XNET 2.53%), for example, saw its shares surge last year after it claimed to be using blockchain to develop a cryptocurrency.

However, Xunlei's core business remains unprofitable, while many investors doubt that its LinkToken will ever become a viable cryptocurrency. As a result, the stock plunged nearly 20% since the beginning of the year.

Blockchain is becoming more important for businesses since it can be used to improve financial transactions, supply chains, and logistics. Therefore, companies which invest in the technology to improve their operating efficiency -- like Baidu, Alibaba, Tencent, and JD.com -- could reap the benefits in the near future.

Meanwhile, investors should avoid lesser-known companies which use "blockchain" or "cryptocurrencies" to attract media attention or generate short-term stock gains. Investing in those stocks could be as risky as buying the cryptocurrencies themselves.