The broader market was in the green, but these stocks fell. Find out why.

The stock market took a bit of a breather on Tuesday, resting after a tumultuous couple of weeks. Major benchmarks started the day sharply lower but moved higher during the afternoon, finishing with relatively modest gains. Those who look at the entire market are still trying to get their bearings after recent events, weighing whether higher interest rates will eventually cause stocks to lose ground once again or whether the correction has run its course. Yet some individual stocks lost value today, and Molina Healthcare (MOH 1.18%), Brighthouse Financial (BHF 3.88%), and Kadmon Holdings (KDMN) were among the worst performers on the day. Here's why they did so poorly.

Shares of Molina Healthcare fell 4% after the managed healthcare services company reported its fourth-quarter and full-year 2017 results. The company said that it had to take substantial goodwill charges, restructuring costs, and adjustments related to Obamacare exchange marketplace offerings as part of "the significant transition Molina is undertaking," in the words of CEO Joe Zubretsky. Molina is optimistic that it's in a better position than ever to take advantage of changing conditions in the managed healthcare industry. Yet investors don't seem as certain, with 2018 guidance only able to provide a preliminary estimate of the coming year's activity and still subject to considerable inherent uncertainty about Molina's future. 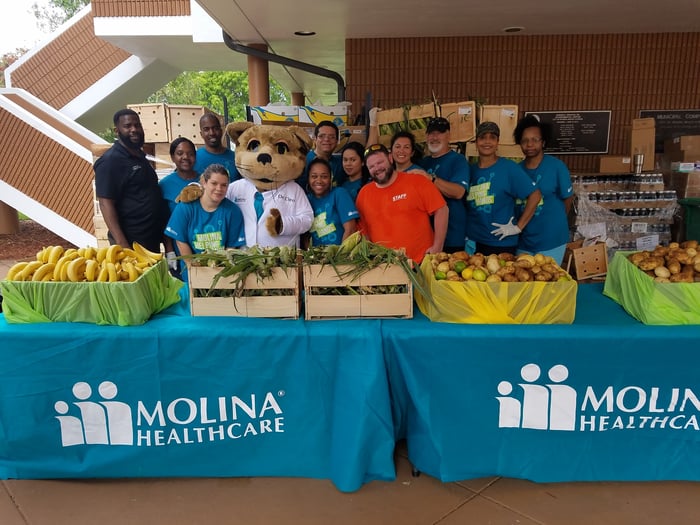 Brighthouse Financial stock dropped 8% in the wake of the company's fourth-quarter financial report. Tax reform and other one-time items sent the financial institution's bottom line soaring, but book value fell from year-ago levels, as there was considerable deterioration in earnings from the company's annuity segment despite higher sales. The company was spun off from former parent MetLife last year, allowing that company to focus more on life insurance, asset management, and employee benefits. Brighthouse has yet to establish itself, and with markets growing more turbulent, it'll be interesting to see if Brighthouse is able to shine or simply fades away.

Finally, shares of Kadmon Holdings plunged 21%. The move seemed a bit puzzling in light of favorable results from a phase 2 study of its pulmonary fibrosis treatment KD025, which showed good tolerance with no apparent safety issues and encouraging responses. Analysts at Jefferies also made positive comments and boosted their target price on Kadmon shares. Yet after rising early in the day, Kadmon shares fell, perhaps as investors anticipated the possibility of a secondary offering to raise cash after the stock's recent upward movement. Small biotechs often use market advances as a way to raise capital, but it remains to be seen whether investors will once again prove prescient with Kadmon.