Please ensure Javascript is enabled for purposes of website accessibility
Log In Help Join The Motley Fool
Free Article Join Over 1 Million Premium Members And Get More In-Depth Stock Guidance and Research
By Jeremy Bowman - Updated Feb 15, 2018 at 8:37AM

The burrito chain was flying higher after naming a new CEO. Here's what you need to know.

Shares of Chipotle Mexican Grill, Inc. (CMG -0.81%) were heating up Wednesday after the addled burrito chain named a new CEO, tapping Brian Niccol, the CEO of Yum! Brands' (YUM -1.35%) Taco Bell, to lead its turnaround. Investors overwhelmingly approved of the decision, sending the stock up 15% as of 11:43 a.m. EST. 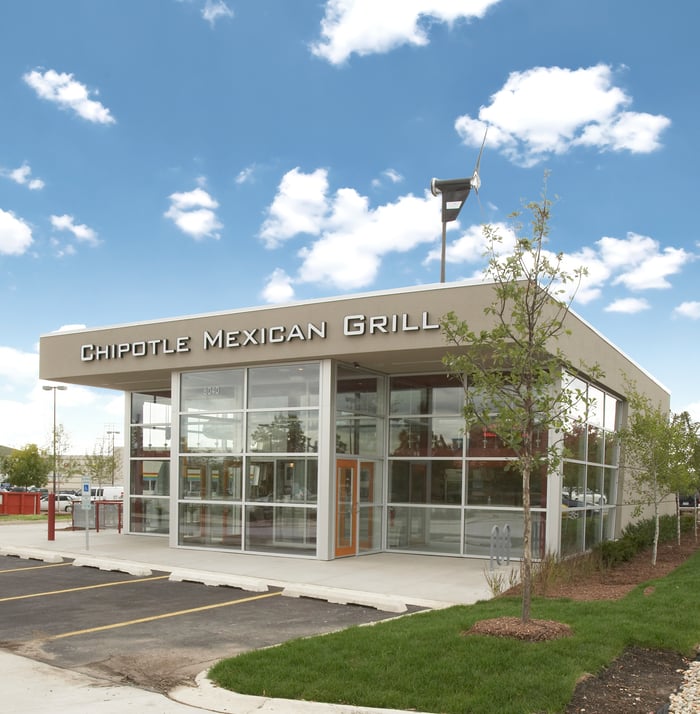 Niccol brings a wide range of relevant experience from Taco Bell, where he's served as CEO for the last three years and president before that. During that time, he's helped guide a turnaround in the company, building a lifestyle brand popular with millennials known for its clever social media presence and innovative products like the Doritos Locos Taco. He also led the fast-food chain's breakfast launch in 2014.

In the announcement, Chipotle's founder and current CEO, Steve Ells, touted Niccol's "expertise in digital technologies, restaurant operations, and branding," and said his "passion and skillset ideally position him to make the bold moves needed to improve operations and take the company to the next level." Niccol said he would "focus on dialing up Chipotle's cultural relevance through innovation in menu and digital communications."

Shareholders have long been frustrated with the company's performance after the 2015 E. coli outbreak as public relation gaffes and poor restaurant operations seem to have denied Chipotle its shot at a healthy sales recovery. The stock soared back in November when Ells announced that the company would search for a new CEO, signaling that investors were hungry for a new direction.

With his experience effectively driving growth and brand value at Taco Bell, Niccol seems like a good choice, but the task in front of him won't be easy. Look for him to target digital ordering, customer experience, and branding when he steps into the leadership position on March 5.