Please ensure Javascript is enabled for purposes of website accessibility
Log In Help Join The Motley Fool
Free Article Join Over 1 Million Premium Members And Get More In-Depth Stock Guidance and Research
By Jason Hall - Feb 15, 2018 at 7:32AM

General Motors and Brookfield Infrastructure Partners are on sale right now. They're also top-tier companies worth owning for the long term.

Like a lot of investors, you may have noticed that bargain dividend stocks are harder to find. With interest rates near historic lows, investors have bid some of the most dependable dividend stocks up well above their typical valuations, pushing down the yield they pay. This also creates risk for below-average returns as interest rates climb higher and income investors move back to bonds.

While finding both value and reliable dividends hasn't been as easy recently, it's not impossible. This is especially the case after the recent volatility in the markets still has many stocks trading down from their recent highs. Two that particularly stand out right now to me are General Motors Company (GM -1.44%) and Brookfield Infrastructure Partners L.P. (BIP -0.88%). Not only can you lock in very solid yields of 3.6% and 4.6%, respectively, at recent prices, but you can also buy two of the best businesses in their respective industries at bargain prices. 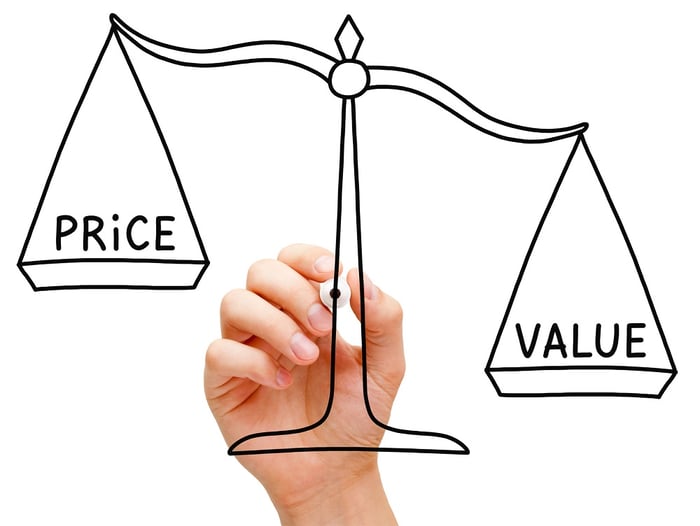 GM is just too cheap to ignore

North America is one of the biggest auto markets in the world, and it's especially important for General Motors. North American auto sales also reached a cyclical peak recently, and this seems to have investors expecting only bad things for GM going forward. Its share price is up over the past year, even with sales having slipped a little, but GM's stock price has trailed the rest of the market by a pretty wide margin over the past few years. 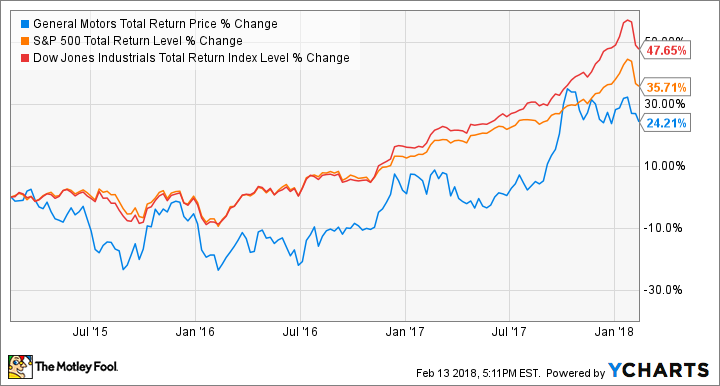 I think that the market's underestimation of GM has created a really good opportunity for investors to buy right now. At recent prices, GM shares trade for 6.6 times forward earnings estimates and a crazy cheap 6.3 times last year's adjusted earnings. I know what you're thinking: adjusted earnings? Shouldn't we be focusing on GAAP? In GM's case this year, I think it's very reasonable to use the adjusted numbers as part of valuing the stock. Here's why. 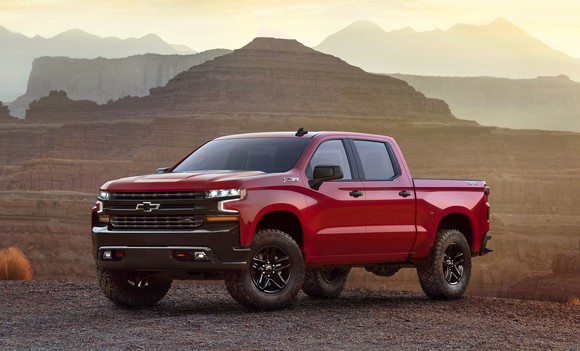 In 2017, GM took a massive $13.5 billion in non-recurring charges related to two things: $6.2 billion related to the sale of Opel AG to Peugeot SA and $7.3 billion related to deferred tax assets after the passing of new tax legislation in the U.S. By adjusting for these two items that won't recur, we can get a more realistic measure of GM's earnings power going forward. And by that measure, GM stock is just plain cheap.

It's also yielding a very strong 3.6% at recent prices, and that dividend looks extremely safe. The company only spent about 25% of last year's free cash flow to pay the dividend, and it has nearly $24 billion in cash and investments on the balance sheet. Between its cash flow capabilities and fortress-like balance sheet, GM should be able to sustain its dividend even if North American sales take a few years to return to growth. Additionally, GM will likely grow the payout with earnings over time.

While GM operates in a very cyclical industry, and its earnings fluctuate substantially with those ups and downs, Brookfield Infrastructure operates some of the most important and generally recession-proof businesses you'll find. The master limited partnership owns and operates critically important infrastructure assets that provide water, energy, data, and transportation to millions of people around the world. Since going public, this has paid off incredibly well for investors. 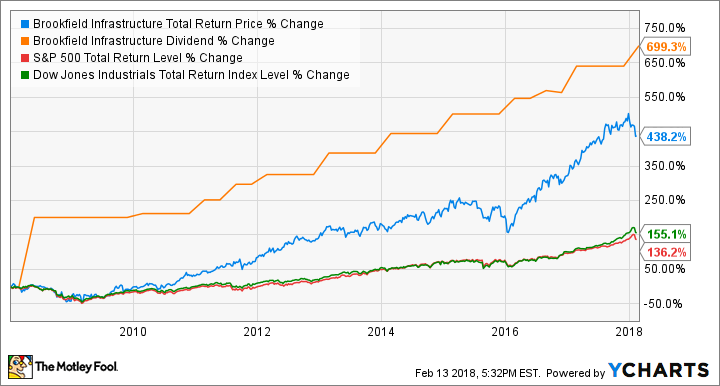 More recently, Mr. Market has decided to give investors the chance to buy this dividend dynamo at a nice discount, with shares trading down almost 11% from the peak back in December. At recent prices, Brookfield Infrastructure trades for 13.2 times last year's funds from operations, or FFO, after delivering a strong $3.11 in FFO last year, a 14% increase from 2016.

Furthermore, a substantial amount of that cash flow is produced by long-term agreements, and in many cases in markets where Brookfield operates as a regional monopoly. And unlike other companies that live and die by the whims of the economy, Brookfield Infrastructure feels far less impact. After all, people may put off buying a new car when times are tough, but the water and energy bill continues to get paid. 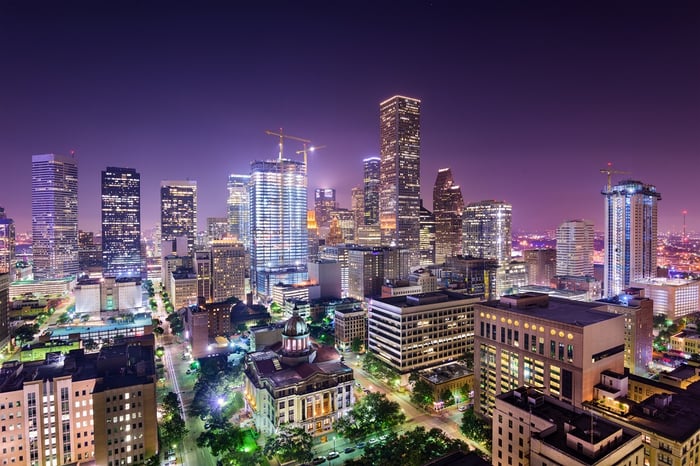 Going forward, Brookfield Infrastructure plans to grow its payout between 5% and 9% each year as it steadily expands its portfolio. In 2017, the partnership invested $2.7 billion in new assets and ended the year with $3 billion in available liquidity to continue its growth. It already has $1.3 billion in projects lined up to complete over the next few years.

Lastly, infrastructure growth is a massive global need. Over the next two decades, the global urban population will increase by more than 1 billion people. That's an enormous number of people who will need access to energy, water, data, and transportation. Income-hungry investors would do very well to buy Brookfield at the current cheap price and then hold it for many years to come.