The Chinese e-commerce giant may have found its match in these three household names.

Alibaba Group (BABA -1.66%) has delivered a market-crushing 84% return over the last 52 weeks. Already sporting a market cap just short of $500 billion, the stock has trillion-dollar ambitions and plenty of earnings-powered rocket fuel.

But is it the best stock for new investors today? We asked a few of your fellow investors here at The Motley Fool what other tickers might outperform Alibaba from this point on. Read on to see how they came up with Tencent (TCEHY -3.33%), Alphabet (GOOG -3.47%) (GOOGL -3.30%), and eBay (EBAY -3.90%). 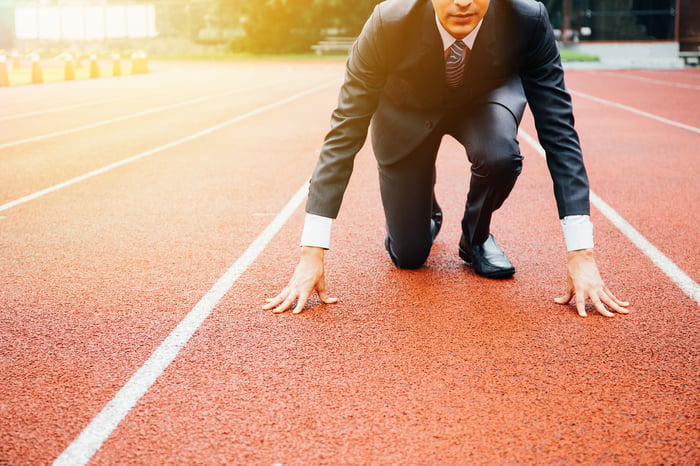 G is for Google, but other letters are Alphabet's future

Anders Bylund (Alphabet): I'm a big believer in Alibaba's long-term growth opportunities. In fact, I own the stock and intend to hold it for many years to come.

But I have a larger position in Google parent Alphabet, and this company is even closer to the perfect buy-and-hold investment in my view.

I expect Alphabet to evolve into a very different beast within the next few years. As that happens, the company formerly known as Google will become a multi-industry conglomerate with a much more diversified business model. Starting with Waymo's self-driving cars and several forays into advanced healthcare research, Alphabet is adding lots of business value in operations that have nothing to do with online search and advertising.

So when people move on from clicking ads on their smartphones, Alphabet will suffer but not die. That'll be a great time to build an even larger position in the stock. Because from there, a cross-disciplinary conglomerate will rise in Google's place. Alphabet is all about forward-looking research, and there will always be plenty of that to do.

As for Alibaba, I'm not entirely sure that the company has a second gear to match Alphabet's next act. For now, I like the Chinese company's expansion into global e-commerce and cloud computing efforts. But I'm keeping a close eye on Alibaba and its stock, just in case things change. With Alphabet, I can trust the company to evolve intelligently for decades -- no micro-managing required for this stock!

Dan Caplinger (Tencent Holdings): A lot of U.S. investors have never heard of Tencent, but the Chinese internet company is a giant in its industry.

Tencent is a conglomerate with exposure to most of the top-growing technology niches in the sector. Its video gaming business is the largest in the world, and it's been taking full advantage of the shift to mobile platform games to increase market share and push out competitors. Tencent's WeChat social media platform is also a key player in the industry, with close to a billion monthly active users, and it also has exposure to the growing e-commerce sector in China as well.

What makes Tencent really appealing to U.S. investors is the fact that it also has substantial stakes in several major American companies. The highest-profile position is its 5% stake in electric-vehicle specialist Tesla, but a similar stake in Activision Blizzard, as well as 12% of Snap and more than 20% in mobile gaming specialist Glu Mobile, cements Tencent's status as a global giant. Although Alibaba has shown similar aspirations to build a commanding presence worldwide, Tencent has done a more effective job more quickly and could see more substantial long-term gains as a result. 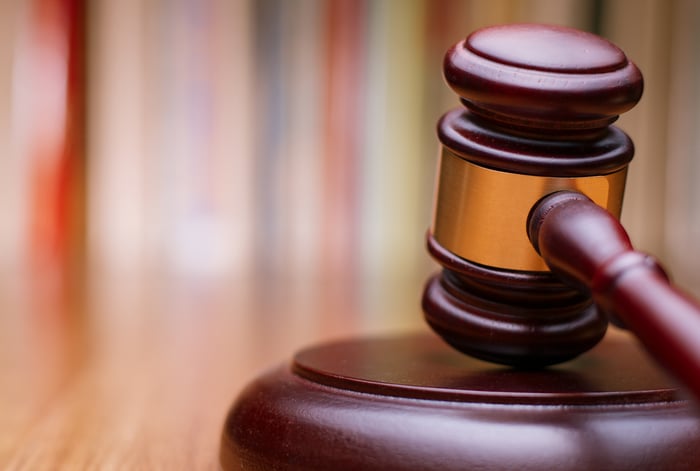 Demitri Kalogeropoulos (eBay): It might never reach the size of Alibaba's massive marketplace, but eBay can still deliver market-thumping returns to its shareholders over the next few years. The company recently wrapped up an impressive fiscal year that included healthy growth in its active buyer pool and the platform's fastest volume gains in years.

Its asset-light operating approach demonstrated its value over the holiday season, too. eBay turned 30% of revenue, or a whopping $796 million, into free cash flow last quarter. Its 25% operating margin trounced more integrated e-commerce rivals like Amazon.com, even if it trailed Alibaba's 31%.

Following its fifth consecutive quarter of accelerating growth in its core U.S. marketplace business, eBay's 2018 forecast calls for overall sales gains to improve for the second straight year, rising to an 8% pace from 7% last year and 6% in 2015. The business boasts a few other promising sources of profits, including a healthy platform for ticket sales in StubHub.

These growth avenues don't rival the opportunities ahead of Alibaba today, but in my view the stock's cheaper valuation -- 4.6 times last year's sales compared to 13 times for Alibaba -- more than reflects eBay's weaker expansion prospects.