The REIT continued emptying out its portfolio.

Equity Commonwealth (EQC -0.32%) unloaded several more properties during the fourth quarter, which caused its financial results to decline, once again. Further, the company isn't done selling yet. Even after halving its property count last year, which left it with just 16 by year-end, the company recently put several more up for sale. 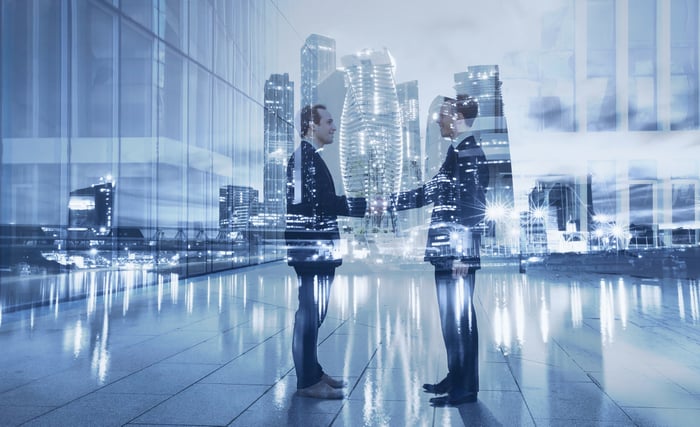 CEO David Helfand updated investors on the company's achievements during the fourth-quarter conference call. He started off by saying: "We continue to make progress executing on our business plan. We are focused on our efforts to create value through leasing, asset management, and dispositions."

He noted that, for the full-year, the company "closed on the sale of 16 properties...for a gross sales price of $863 million." Further, he stated that: "We're also under contract to sell 600 West Chicago Avenue...at a gross sales price of $510 million. We currently have three properties totaling 2.4 million square feet in various stages of the sale process including 600 West Chicago."

That continued the company's progress over the past 3 1/2 years. Helfand noted that, "the EQC team has worked hard to reshape a highly disparate portfolio and position the company for growth, successfully closing the sale of over $5 billion of assets, exceeding the goal we set three years ago."

That cash windfall "has put us in a unique position" according to the CEO. He pointed out that:

We've used sale proceeds to overhaul the balance sheet, reducing debt and preferred equity by $2.4 billion. Our cash balance pro forma pending sales and the announced paydown of our debt will exceed $3 billion or almost $25 a share. We remain focused on identifying attractive opportunities to invest in order to create superior returns for shareholders over the long-term.

That said, one thing Helfand made clear was that Equity Commonwealth is not in a rush to use that cash war chest. Instead, he said that, "our strategy will be informed by market conditions."

He noted that, "while the real estate investment sale market has softened somewhat in the past two years, pricing remained stout by historical standards." That led him to conclude that the "pricing environment today for high-quality assets does not, in our view, lend itself to achieving superior results, and as a result, we are being patient.