A billionaire investor has taken a liking to Overstock.

Shares of Overstock.com (OSTK -9.98%), an online home-goods retailer and developer of blockchain solutions via its subsidiaries, catapulted as much as 14% higher during Thursday's trading session following the release of a 13F filing with the Securities and Exchange Commission (SEC). Within those filings was news that a well-known investor had become a major stakeholder in Overstock.

Filings with the SEC showed that Soros Fund Management, headed by investing mogul and billionaire George Soros, purchased 2,472,188 shares of Overstock during the fourth quarter, effectively becoming its third-largest shareholder. While Soros made no comment on the purchase -- and it should be stated that 13F filings describe the activity that billionaires made during the previous quarter and are thusly 45 days old -- it's nonetheless been the impetus behind today's significant move higher. 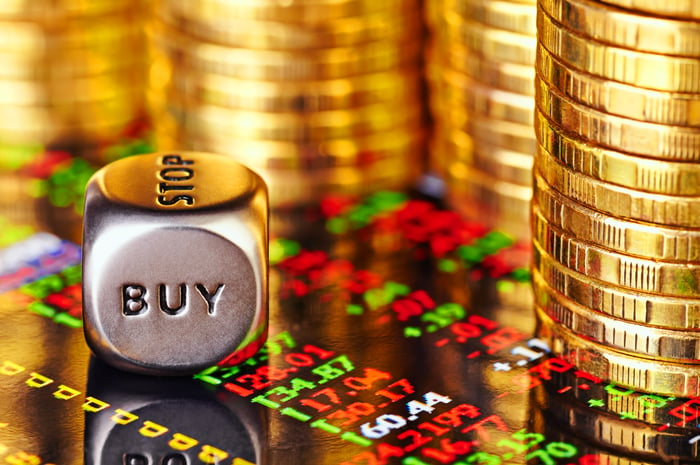 For those who may not recall, Overstock CEO Patrick Byrne has been floating the idea of selling Overstock.com and taking the proceeds to fund blockchain projects for its subsidiaries. Overstock arguably is the best-known retailer to embrace cryptocurrencies. Whereas a small handful of big-name companies accept bitcoin, Overstock accepts a half-dozen different virtual currencies as payment.

Personally, the move by Soros is somewhat baffling. Even though Overstock has galloped higher by 262% over the trailing year -- meaning patient investors have been handsomely rewarded -- the fundamental story behind Overstock makes as little sense now as it did back when the company was valued around $20 a share. Historically, Overstock has struggled to turn a profit with any consistency or grow its sales at a quicker pace than a mid-single-digit percentage. That's primarily a function of Amazon.com running circles around its online e-tailing competition, as well as the relatively slow-growth nature of home goods.

What's more, the company's marginal profits have been completely erased in recent quarters by losses associated with spending on its blockchain projects. Considering that blockchain has yet to catch on with enterprises in anything more than demos and small-scale projects, Patrick Byrne's vision of going all-in on blockchain is exceptionally risky.

My suggestion? Keep your distance from Overstock as an investment.