Growth is nowhere to be seen as partners reduce inventory.

Impinj (PI), a provider of radio-frequency identification solutions, reported its fourth-quarter results after the market closed on Feb. 15. The company fell short of its weak preliminary results released on Feb. 2, and it expects revenue to decline again in the first quarter of 2018. Impinj is blaming inventory drawdowns at its partners for much of its sales slump, but there may be deeper problems at the company. Here's what investors need to know about Impinj's fourth-quarter results. 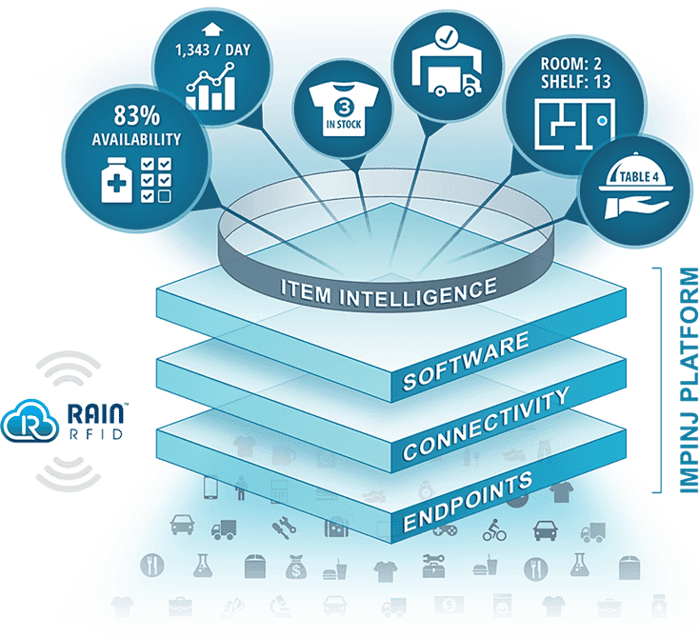 Impinj fell short of its own preliminary results announced two weeks ago.

Impinj provided the following guidance for the first quarter of 2018:

During the earnings call, CEO Chris Diorio talked about which industry verticals will drive sales during 2018:

Turning now to our target verticals, retail, logistics and healthcare, the primary driver of our 2018 endpoint IC volumes will be retail. But because retail will still use mostly handheld readers in 2018, meaningful retail systems revenue is farther out in time. By contrast, logistics and healthcare offer 2018 systems opportunities, but with small 2018 endpoint IC volumes because today's use cases mostly track pallets and assets, with consumables tagging farther out in time.

The company expects endpoint IC consumption to grow by 15% to 20% in 2018, but a combination of shortening lead times and partner inventory reductions will cause sales to lag consumption in the first half.

Outgoing CFO Evan Fein laid out what the company has done to cut costs: "In light of our reduced revenue outlook, we have reduced expenses by eliminating some positions in our global work force, tightening our product development focus, halting our office expansion and closing several remote offices. We expect these changes to save approximately $4 million in 2018 after one-time restructuring costs of approximately $4 million."

Impinj believes that the majority of its revenue decline during the fourth quarter can be attributed to inventory drawdown at its partners. If that's truly the case, the company's results should eventually start to improve as that process reaches its conclusion. One big question: Why are partners drawing down inventory in the first place? If it's due to weaker-than-expected demand, then there may be deeper problems for Impinj than a simple inventory correction.