Find out why the days of 40% sales growth are ending.

The laser has taken the world by storm, with users in many different categories making use of the tool in order to improve their operational efficiency. IPG Photonics (IPGP -0.36%) has positioned itself as a key player in the fast-growing laser industry, hitting $1 billion in sales in 2016 and finding ways to produce impressive growth over the past year.

Coming into Friday's fourth-quarter financial report, investors wanted to see continued sharp growth, and the company did a good job of delivering on that promise. Yet not everyone was comfortable with its guidance for much slower top-line growth in 2018. Let's look more closely at IPG Photonics and what its numbers say about its future. 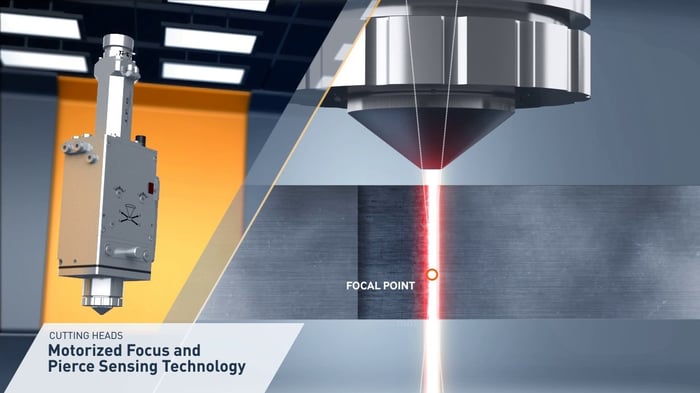 IPG Photonics' fourth-quarter results marked what could be the beginning of the end for the laser maker's fast-growth phase, even though they were stronger than many had anticipated. Sales climbed 29% to $361.1 million, which was considerably faster than the 23% growth rate that those following the stock had expected to see. Adjusted net income of $102 million was up about 36% from year-ago levels, and adjusted earnings of $1.86 per share topped the consensus forecast among investors for $1.72 per share.

Tax reform had a downward impact on IPG's GAAP financial numbers. The company said that it had to take a $47 million charge due to the tax on deemed repatriated foreign earnings, with another $1 million coming from the reduction in value of net deferred tax assets and $1 million from state tax impacts. All told, that represented a $0.90-per-share hit to earnings as reported.

From a segment perspective, materials processing had another successful period, with 32% higher revenue compared to a 6% drop in sales to other markets. Cutting, welding, and 3D printing applications helped power the materials process segment higher. From a product standpoint, high-power laser sales jumped 40% from the year-ago period, with gains of 20% for pulsed laser products. Systems and beam delivery accessories sales lifted revenue from other laser products by 24%. Only the low-power segment saw year-over-year declines in product sales.

Geographically, IPG got its best results from China, Europe, North America, and Turkey, with modest growth in the Japanese market. China in particular saw gains of nearly 50%, while Germany helped lift European sales. In North America, revenue rose a solid 16%.

Expense growth was limited to 20%, helping to boost IPG Photonics' bottom line. Sales and marketing expenses went up sharply, but more modest increases for research and development as well as regular overhead kept a lid on costs.

CEO Dr. Valentin Gapontsev celebrated the successful year. "We capped off one of the strongest growth years in IPG's history with a record fourth quarter," Gapontsev said, "driven by accelerating adoption of our high-power fiber lasers across our largest applications and geographies." He once again noted that IPG has its operations vertically integrated to help give it the broadest ability to deliver the products its customers want.

In its guidance for 2018, IPG Photonics said that it expects revenue growth of 10% to 15%, which is well below the 40% jump it posted for the full 2017 year. IPG hopes that backlogs totaling nearly $750 million when you combine firm shipment orders with non-binding frame agreements will help bolster growth during the year. For the first quarter, revenue gains of 15% to 24% represent continued slowing, and earnings of $1.62 to $1.87 per share are also at the high end of what most of those following IPG have expected to see.

Shareholders weren't happy that IPG Photonics hadn't found a better way to avoid the sales growth slowdown, and the stock plunged more than 10% in Friday morning trading following the announcement. Like many growth stocks, IPG faces a situation in which even the best it can do might not be enough to satisfy investors hungry for even faster gains on the top line -- no matter how promising the company's long-term fundamental prospects might be.