Please ensure Javascript is enabled for purposes of website accessibility
Log In Help Join The Motley Fool
Free Article Join Over 1 Million Premium Members And Get More In-Depth Stock Guidance and Research
By Scott Levine - Feb 19, 2018 at 8:20AM

In the coming weeks, this leader in hydrogen-power solutions is sure to fuel investors' frustrations in addition to fleets of forklifts.

Thanks to the company's news of its inking a blockbuster deal with Amazon.com last April, Plug Power (PLUG -2.80%) managed to stoke investors' optimism that fiscal 2017 would be a rousing success. In its press release regarding the deal, management contended that the supply agreement would contribute about $70 million to its top line in fiscal 2017 and $600 million overall. But that wasn't the only encouraging announcement. There was also the news that the company was expanding its relationship with Walmart Inc., which would have Plug Power deploying its hydrogen-based power solutions to up to 30 Walmart sites in North America over the next three years.

News of these deals and management's apparent optimism fueled investors' beliefs that the company had turned a corner; shares of the company nearly doubled last year. But based on the company's preliminary 2017 earnings results, this fervor is unlikely to extend very far into 2018. 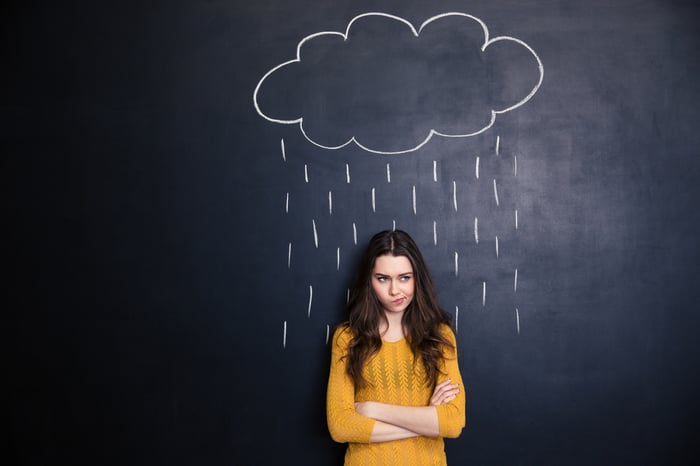 Consistent with the company's guidance, Plug Power expects to report gross revenue of more than $130 million for fiscal 2017, representing a 51% increase over the $84 million it reported in fiscal 2016. Though this is noteworthy, the problem lies a bit farther down on the income statement.

Disappointed as they may have been at the downward revision, investors could have found a silver lining if Plug Power achieved the new guidance. After all, it would represent an improvement -- albeit a small one -- over the 4.6% gross margin (no need to adjust for warrants) that the company reported in fiscal 2016. Unfortunately, even the most optimistic of investors are likely to be downtrodden in looking at the company's fiscal 2017 performance. According to the preliminary results, Plug Power will report a 1% adjusted gross margin, proving again how challenging it is to turn a profit in the fuel cell industry.

Wheeling and dealing -- though not as much it had thought

Although the deals with Amazon and Walmart garnered the most attention, Plug Power was busy building relationships with a number of other customers through 2017. In the third quarter alone, for example, the company reported that it had secured two new customers that are manufacturers in the U.S. automotive sector. And geographically diversifying its customer base, Plug Power signed an agreement with Toyota Material Handling Norway to provide hydrogen fuel cells to a leading Norwegian grocery wholesaler. In total, Plug Power secured $160 million in contract bookings through the first nine months of 2017, which management contended left the company well positioned to achieve its fiscal 2017 guidance of $325 million.

Apparently, investors should prepare to be let down. 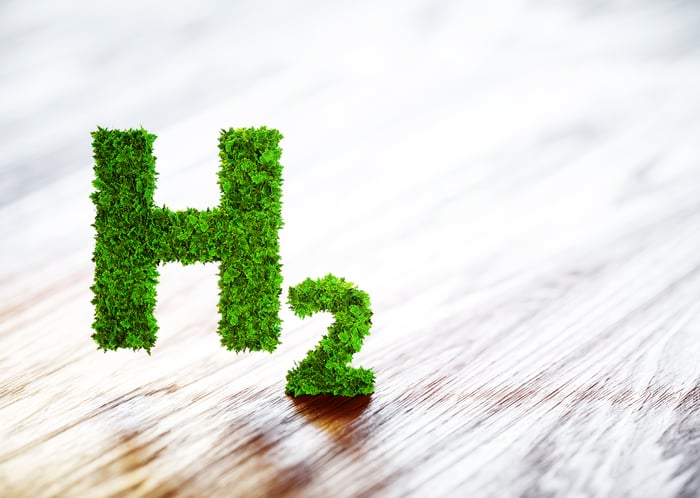 On the company's preliminary earnings conference call, Andrew Marsh, Plug Power's CEO, attempted to assuage investors' concerns. Claiming that the failure in meeting the guidance was simply a timing issue, Marsh stated his optimism that the company will still sign a "megadeal" with a retail customer, which Plug Power had originally projected to close in Q4 2017.

Cash continues to flow out

The company's cash flow statement will also be a source of agitation for investors. Initially, management forecast using between $25 million and $35 million in cash from operating and investing activities during fiscal 2017. But to investors' chagrin, because of the delay of shipping dates to Q1 2018, management downwardly revised this figure on the company's Q3 earnings call, estimating that fiscal 2017 free cash flow would fall between negative-$40 million and negative-$45 million. Evidently, this revision wasn't drastic enough. According to preliminary results, Plug Power will report a cash outflow of approximately $58 million from operating and investing activities for fiscal 2017.

Attempting to assuage shareholders' frustrations, Paul Middleton, Plug Power's CFO, pointed to the company's strong fourth quarter in which the company achieved positive cash flow of $24 million, stating on the conference call that "[i]t was clearly the most significant quarter in Plug's history in regards to cash flows, and it's indicative that Plug is on the right track." But this bit of optimism may do little to cheer up downtrodden investors whose memories are long enough to recall how the company also missed its cash flow guidance in fiscal 2016 -- a year in which it reported negative-$30 million in operating cash flow, far worse than its target of negative-$20 million.

Will Plug Power power up or power down?

For Plug Power, notching a major supply agreement with Amazon is a noteworthy achievement -- certainly one of its most memorable feats in 2017. But for many investors, it will be overshadowed by the company's numerous disappointments regarding gross margin, contract bookings, and cash flow. Investors would be better served by taking the guidance of Plug Power's management with a healthy dose of skepticism, focusing on the company's fundamentals instead of on its prognostications.