A pair of top-shelf tech companies, and the maker of the world's most popular pharmaceutical, recently announced increases in their quarterly payouts.

The cup runneth over for income investors. Yet again, last week was yet another five working days full of dividend raises -- by my count, 40 issuers raised their payouts during the period.

I pick a maximum of three for these weekly reviews, and for this installment it wasn't easy to narrow the selection. So step into the limelight, Cisco Systems (CSCO -0.56%), Applied Materials (AMAT -1.04%), and AbbVie (ABBV -0.64%). 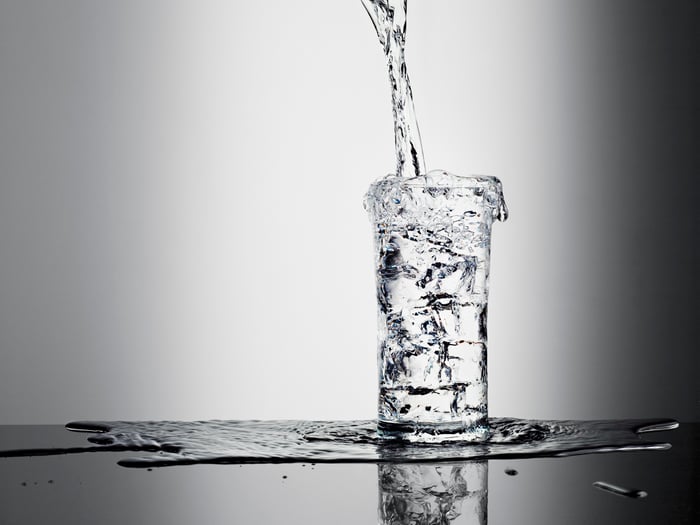 Networking giant Cisco Systems is increasing its quarterly payout by a sturdy 14%. The company will pay $0.33 per share, and the board has authorized a new $25 billion share repurchase program.

Cisco is a company in the midst of a long transition. It grew to prominence selling network hardware -- chiefly routers and switches -- and recently has been attempting to pivot in favor software and services.

Such a big transformation won't happen overnight. In its recently reported Q2, the division that contains Cisco's legacy hardware operations was responsible for a chunky 56% of total revenue.

That's not to say Cisco is doing badly. Quite the opposite. Revenue crept up by 3% to $11.9 billion, while adjusted net profit saw a 10% improvement to $3.1 billion. Funny enough, it was a refreshment of the company's line of switches that drove the revenue growth and helped boost net profit.

Meanwhile, Cisco remains as it's always been -- a very effective generator of cash. And lately, its free cash flow has been sufficient and then some to take care of dividend payouts and stock buybacks. I'd therefore feel confident about the future of this new distribution. 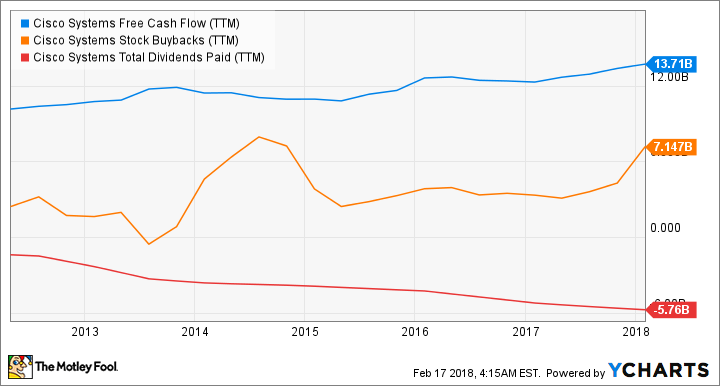 It'll be paid on April 25 to stockholders of record as of April 5. The payout ratio is 52%, and its yield is just under 3% on the most recent closing stock price. By comparison, the average of dividend-paying stocks on the S&P 500 stands at 1.8%.

Cisco said there is no fixed termination date for the new share repurchase initiative.

Applied Materials, maker of equipment for the semiconductor and display manufacturing industries, is doubling its quarterly dividend from $0.10 to $0.20 per share.

Not coincidentally, the company just posted one of the best quarters in its history. For Q1 of its fiscal 2018, it delivered serious net sales growth of 28% to $4.2 billion, setting a new all-time quarterly record. Meanwhile, adjusted net profit climbed by 55% to land at just over $1.13 billion. 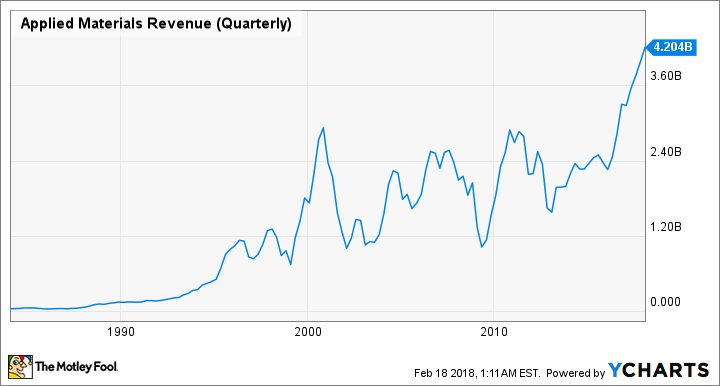 Our increasingly smartphone- and tablet-equipped world has a gnawing hunger for Applied Materials' goods. As CEO Gary Dickerson put it, "[L]arge, powerful trends drive a fundamental shift in the demand for semiconductors and displays."

These trends are also driving cash flow much higher. Operating cash flow in Q1 rose by 85%, while FCF more than doubled, to $1.26 billion. Sales of smartphones and other devices won't grow robustly forever, but the proliferation of Internet of Things solutions and cloud computing should help keep the company well in the black.

Eager shareholders will have to wait for Applied Materials' big dividend boost. The next distribution is at the old rate of $0.10 per share; the increase kicks in with the following one, to be paid on June 14 to investors of record as of May 24. It yields a theoretical 1.5% on the most recent closing stock price. The payout ratio on the new dividend is a very light 19%.

Pharmaceutical major AbbVie is one of its sector's few Dividend Aristocrats. It's enacting a meaty 35% boost in its quarterly payout to $0.96 per share. On top of that, the company authorized a fresh $10 billion stock buyback program. 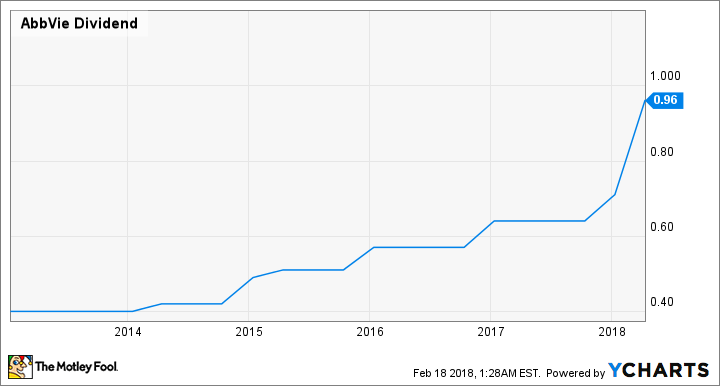 AbbVie has the top-selling drug on planet Earth in its portfolio -- autoimmune-disease treatment Humira, which accounts for nearly two-thirds of its sales. It's also quite the revenue driver, helping the overall top line grow by 14% in the company's Q4, to $7.74 billion. Adjusted net profit growth was even stronger, at 22%, to almost $2.4 billion.

Humira has more room to run, as a planned biosimilar to the drug won't hit the market for several years. In that time, it has an excellent chance of bringing some of its numerous pipeline treatments onto the shelves if clinical trials are successful. Oh, and slotting behind Humira is a solid portfolio of drugs on the market, including star cancer fighter Imbruvica.

Among the other line items rising notably for AbbVie last year were operating and free cash flow. On a trailing-12-month basis, the latter was sufficient to cover the dividend payout and a raft of share buybacks, with a surplus of nearly $2.7 billion left over. The company's not going to have any trouble coughing up for this well-enhanced new dividend.

AbbVie is paying the dividend on May 15 to investors of record as of April 13. It would yield 3.2%, while the payout ratio is 65%.

The new stock buyback initiative has no time limit, the company said.

Last week was one of those blockbuster periods when a seeming platoon of top-name companies declared dividend raises. It's too bad I don't have the space to explore them; among the many others are Coca-Cola, and AbbVie's fellow Dividend Aristocrats Sherwin-Williams and Clorox.