Please ensure Javascript is enabled for purposes of website accessibility
Log In Help Join The Motley Fool
Free Article Join Over 1 Million Premium Members And Get More In-Depth Stock Guidance and Research
By Keith Speights - Feb 20, 2018 at 7:34AM

But are they smart picks now that the stock market is rebounding?

Only a few weeks ago, investors were staring at major market declines. In less than two weeks, the Dow Jones Industrial Average lost more than 10% of its value. This pullback had many investors worried that the stock market could be headed for a sustained correction. But some investors weren't as worried as others.

Three Dow stocks, in particular, fared better than most during the recent market pullback. Apple (AAPL 4.08%), Boeing (BA 3.52%), and Cisco Systems (CSCO 1.40%) not only dropped less than the Dow index, they have all more than made up for the losses since the market downturn began. Why did these stocks perform better than others? And are they smart picks for investors now? 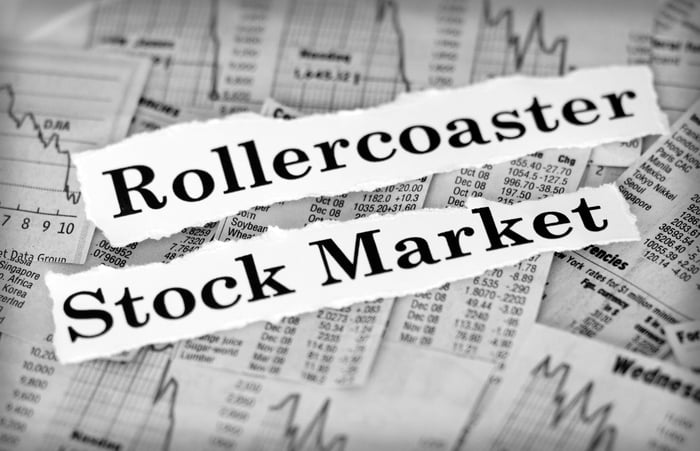 Between Jan. 26 (the Dow's year-to-date peak) and Feb. 8 (the Dow's subsequent low point), Apple stock dropped around 9.5% -- roughly 1% less than the Dow's decline during the period. However, there's more to the story. Apple stock began its slide before the Dow started to fall. One potential reason was that there were reports that Asian sales for the iPhone X were weaker than expected.

Still, though, Apple didn't drop as much as the Dow index did when the major pullback began in earnest. Even better, Apple rebounded more strongly than most of its counterparts in the Dow. The technology company was helped in part by record fiscal first-quarter results. Apple also got another boost from one of its high-profile shareholders.

What does Warren Buffett like so much about Apple? The company continues to have pricing power with its products, particularly the iPhone. Apple has an entire ecosystem that makes customers less likely to switch to rivals. And the stock is still relatively cheap, with shares trading at 13 times expected earnings. That valuation looks even more attractive considering Apple's solid growth prospects.

Boeing stock dipped only 4% during Dow's drop. And while the Dow is still down since its year-to-date peak on Jan. 26, Boeing stock is up. So far this year, Boeing has gained more than 20% -- much better than most other Dow stocks.

The key to Boeing's superior performance during the broader market decline was that the aerospace giant reported tremendous fourth-quarter results on Jan. 31. Investors also liked the company's optimism about 2018. Particularly impressive was Boeing's forecast of operating cash flow of $15 billion. Using the company's capital spending projections, that translates to free cash flow of around $12.8 billion -- up 10% year over year.

A solid fourth quarter and positive outlook weren't the only reasons Boeing flew higher than most of the other stocks in the Dow. The company also received some good news from a major customer. Delta Air Lines CEO Ed Bastian sent a message to employees stating that the airline wants to be among the first to fly Boeing's proposed "middle-of-the-market" jet that's being called the 797 by observers.

Boeing stock's performance showed that good news for one company can sometimes overcome bad news for the broader market. With continued momentum in sales orders, benefits from corporate tax reform in the U.S., and that impressive cash flow to pour back into the business and reward shareholders, Boeing could be set to keep soaring in 2018.

Cisco Systems stock fell nearly 9% during the recent stock market pullback. However, like Apple and Boeing, Cisco has rebounded nicely over the last week. The networking-hardware provider stock is now up more than 15% year to date.

One possible reason Cisco held up a little better than many Dow stocks during the downturn could be its valuation. Cisco shares trade at less than 16 times expected earnings.

It's easy to understand why Cisco had rebounded more strongly than most of its peers in the Dow. The company reported its first revenue growth in two years in its fiscal second-quarter results on Feb. 14. In addition, Cisco hiked its quarterly dividend by 14%. As if that wasn't enough, the company also announced plans to buy back another $25 billion of its stock.

Cisco is an example of how patience can be rewarded. The company underwent a major change in its business strategy by shifting heavily to a subscription-based revenue model. While that caused short-term pain with the declining revenue, it should help Cisco over the long run.

In my view, all three of these stocks are in great shape. It's possible that any or all of these three might not fare as well in the next market decline. However, stock market pullbacks and corrections are only temporary. I think that Apple, Boeing, and Cisco have what it takes to be winners over the long run.