These announcements from last week make AbbVie an even better pick for investors.

It's really easy to identify reasons to buy AbbVie (ABBV 1.93%) stock. Humira ranks as the top-selling drug in the world, and sales are still growing. In addition, AbbVie claims one of the hottest cancer drugs on the market with Imbruvica. The company's newest hepatitis C drug, Mavyret, appears to be headed for blockbuster sales, and AbbVie generated the best total shareholder return of any big pharma stock over the last three years.

But if you need additional reasons to buy the stock, AbbVie provided three more last week. Two of them definitely mean great news for investors -- and the third probably will, as well. 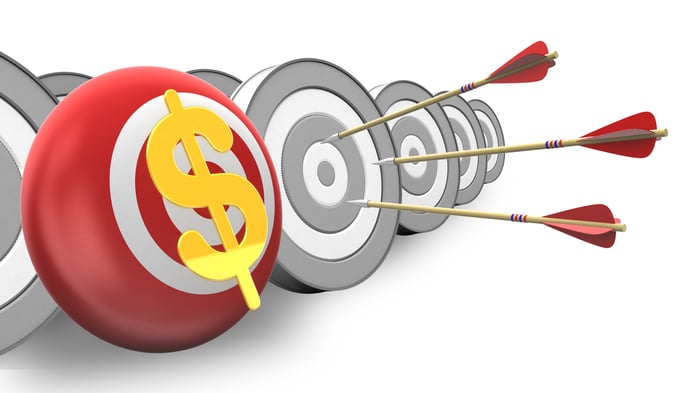 1. An even better dividend

AbbVie has paid out one of the top dividends in healthcare in the past. Now, the dividend is even better.

On Feb. 15, AbbVie announced a 35% increase to its quarterly dividend. The company's dividend yield now stands at 3.24%. This was AbbVie's fifth consecutive year to hike its dividend since being spun off from parent Abbott Labs in 2013. Since the spinoff, AbbVie has raised its dividend by a whopping 140%.

There's no reason to think that AbbVie won't keep the dividend hikes coming in the future. The drugmaker currently uses only 60% of earnings to fund the dividend program.

Along with the news of a dividend increase, AbbVie announced that its board of directors has authorized a new $10 billion stock-repurchase program. Last year, the company bought back around $1 billion of its stock. That followed stock buybacks of $2.1 billion in 2016 and $2.8 billion in 2015.

Buying its own shares makes a lot of sense for AbbVie. The stock currently trades at less than 14 times expected earnings. By comparison, the S&P 500 index has a forward earnings multiple of 17 right now. A $10 billion stock buyback represents more than 5% of AbbVie's current outstanding shares.

3. Things looking up for upadacitinib

It's not a problem for AbbVie to boost its dividend and repurchase more shares while Humira continues to practically mint money for the company. But what happens in 2023 and afterwards when Humira faces biosimilar competition in the U.S.? AbbVie provided a clinical update last week that's encouraging for the company's prospects to roll out worthy successors to Humira.

On Feb. 16, AbbVie announced new results from a phase 2 study of upadacitinib in treating Crohn's disease. The company reported that many patients treated with upadacitinib who achieved clinical response after the 16-week induction phase maintained their response to treatment after a 36-week extension phase. Results from the study also showed that significantly more patients on updadacitinib achieved modified clinical remission than did patients on placebo.

Upadacitinib is a key part for AbbVie to achieve its projection that it will generate $35 billion in risk-adjusted sales from drugs other than Humira by 2025. The company already has reported positive results from the first of three late-stage studies of the JAK1 inhibitor in treating rheumatoid arthritis (RA). AbbVie hopes to launch upadacitinib for treating RA in 2019 and win approval for five other indications, including Crohn's disease, by 2022.

Why not buy AbbVie?

As I previously mentioned, there are plenty of reasons to buy AbbVie stock. The company has a great track record and its current drugs are performing very well. It has a pipeline loaded with potential winners and continues to reward shareholders through increased dividends and share buybacks. So is there any reason not to buy AbbVie stock?

However, in my view, there are few stocks that offer a combination of growth, income, and value like AbbVie does. I think that there are many more reasons to buy this big pharma stock than there are not to.