Please ensure Javascript is enabled for purposes of website accessibility
Log In Help Join The Motley Fool
Free Article Join Over 1 Million Premium Members And Get More In-Depth Stock Guidance and Research
By Rick Munarriz - Feb 20, 2018 at 10:11AM

The streaming-media device maker and platform operator reports fourth-quarter results this week. Expectations are high for a stock that has soared 155% since its last report.

Roku (ROKU 8.96%) was one of last year's hottest IPOs. While the stock would go on to cool off through early 2018, the company behind the popular video-streaming hub closed out last week at its highest level in six weeks. Roku is gaining momentum again, and it's fitting that this should happen as it faces its first real test of the year.

Roku will report fourth-quarter results on Wednesday, shortly after the market close. Expectations are high, but that probably goes without saying given the stock's meteoric rise. The shares have more than tripled since Roku went public at $14 just five months ago.

It's an exciting stock, but there are also a lot of things that can go wrong this week. Let's go over a few things that can trip up Roku when it reports on Wednesday afternoon. 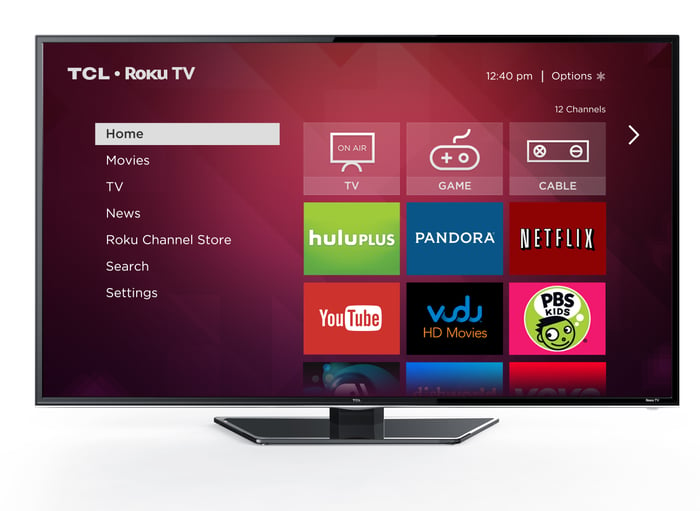 1. The last quarter is a hard act to follow

Roku has been on fire since its blowout third quarter. The stock has soared 155% since then, which means the company has to raise an already high bar. After growing its top line by 27% and 19%, respectively, in the first and second quarters of 2017, Roku came through with a 40% surge in revenue for the third quarter -- its first report as a public company.

Analysts see revenue clocking in at $182.5 million, just 24% ahead of the $147.3 million it scored a year earlier. Wall Street hasn't soured on Roku. It's just the nature of the holidays keeping growth in check.

Roku's business consists mostly of hardware revenue that's been flat in recent quarters, along with platform revenue, which is skyrocketing. Roku's head-turning third quarter was the handiwork of a 137% surge in platform revenue, which helped lift the mere 4% increase in player revenue. The seasonally potent fourth quarter finds a lot of Roku devices being gifted -- Roku recorded 37% of its hardware sales during the fourth quarter -- so that weighs on the fourth-quarter's overall growth.

Wall Street is braced for Roku to follow its 40% year-over-year burst in the third quarter with a more modest 24% uptick this time around, but will retail investors be as realistic? The expectations are lofty for a stock that has more than doubled since the last time it announced fresh financials.

2. Key metrics can start to decelerate

The math behind the 137% pop in platform revenue last time out is tasty, as a 48% increase in users combined with a 37% rise in average revenue per user to deliver the triple-digit growth. Roku's audience has grown to 16.7 million active users and they generated an average of $12.68 in revenue for Roku through the 12 months ending September 2017. Overall time spent consuming digital video content through Roku's operating system grew 58%, to nearly 3.8 billion hours, during the third quarter.

Momentum is on Roku's side at the moment. All three metrics should check in with monstrous year-over-year growth and healthy sequential gains. We already know that the audience is growing. Roku revealed in early January that it closed out 2017 with 19 million active users. If any of these three metrics should show signs of peaking, it would rattle the faith of investors, even if it hits it out everywhere else. Going two for three may be great in baseball, but it's not going to fly in this ballgame.

3. Naysayers may be right sooner or later

Roku's been burning the naysayers in its brief public life, but no stock goes up in a straight line. This remains a heavily shorted stock. There were nearly 6.4 million shares of Roku sold short by the end of January, less than 7% of its total outstanding share count but a large chunk of its public float. A short squeeze in November -- when short interest peaked -- helped fuel the rally last time out.

It's not just a large number of retail investors betting against Roku. The stock took a hit during the first week of 2018 when a pair of analysts voiced valuation concerns. Roku bounced back the following week by announcing it had 19 million active users on its platform, but there's no shortage of pessimists here. They'll be high-fiving one another if it's not a perfect quarter, but as we learned last time with Roku, a financial report sometimes is better than perfect.