The streaming company has started 2018 slow, but strong earnings could reassure investors.

Precious metals investors have relied on Franco-Nevada (FNV -4.29%) to deliver impressive returns over the past decade. Shares of the streaming company avoided the full brunt of the downturn in gold and silver prices in the early 2010s. More recently, Franco-Nevada has added more oil and gas exposure to its holdings by seeking out royalty interests on lucrative natural resources plays. Yet the stock hasn't performed all that well to start 2018, and many wonder whether sluggishness in the oil patch could threaten the company's new business emphasis.

Franco-Nevada expects to release its fourth-quarter financial results on Wednesday, March 7, and investors want to see continued steady growth in sales and earnings. A positive report could do a lot to set nervous investors at ease about the company's near-term future. Let's take an early look at what Franco-Nevada's report will likely show and how investors should prepare for the announcement. 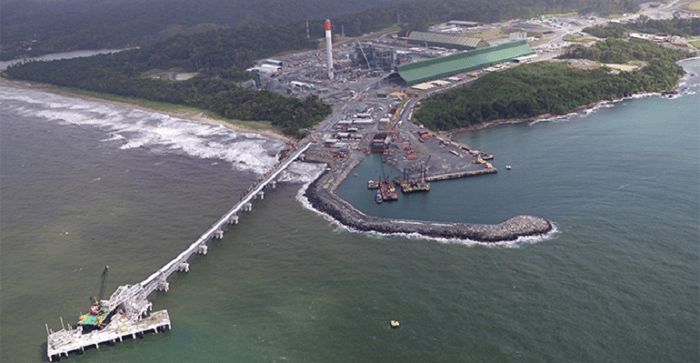 Investors have gotten more upbeat in recent months in their expectations about Franco-Nevada's earnings. They've raised their full-year 2017 projections by more than 5% and similarly expect the company to post improvements in 2018. Yet the stock has fallen off, dropping 14% since mid-November.

Franco-Nevada's third-quarter results showed some of the cross-currents that the streaming and royalty specialist faced throughout last year. Falling silver production offset gains on the gold side of the business, and it took unusually strong performance from non-precious metals to lift overall production by even a fraction of a percent. Rising production costs were also somewhat troublesome, although the company reassured investors that margin levels remain encouraging. Franco-Nevada's push into the energy sector continued apace, with new royalty interests helping to broaden the company's geographical exposure.

The big news from Franco-Nevada since the most recent earnings report came from its acquisition of additional precious metals streams on the Cobre Panama project. Initially, Franco-Nevada's interest covered the 80% stake in the project that partner First Quantum held. However, the streaming company said last September that it would provide financing on a stream based on First Quantum's acquisition of an additional 10% interest in Cobre Panama, and in January, Korea Resources agreed to terms on a streaming agreement covering the remaining 10%. Franco-Nevada is excited about the potential for the mine, with the project expected to add substantial growth beginning in 2019 if the current timeline plays out as planned.

Yet some of the downward movement for Franco-Nevada shares might be coming from dampening of excitement about the energy sector more broadly. Crude oil prices haven't maintained their momentum from a strong end of 2017, and some fear that ramped-up production could create another leg down for energy prices. That hasn't affected Franco-Nevada's enthusiasm, especially as the company sees a lot of potential remaining in the popular Permian Basin region of West Texas. Recent deals in Alberta's oil sands region in Canada show the company's willingness to go where it can find the most attractive terms, but investors need to understand that the ups and downs of oil prices can affect royalty interests to a greater extent than precious metals prices seem to affect streaming-interest values.

In its earnings report, Franco-Nevada will have the opportunity to lay out its strategic plans for the coming year. Ideally, it will include not only all the new oil and gas opportunities, but also further potential in gold, silver, and other metals. In this target-rich environment, Franco-Nevada should have ample chances to find profitable deals that will get the stock moving back in the right direction.