Adamas Pharmaceuticals (ADMS) is down 20.7% at 12:57 p.m. EST after the Food and Drug Administration approved Osmotica Pharmaceutical and Vertical Pharmaceuticals' Osmolex ER, a potential rival to Adamas' Gocovri.

Osmolex ER and Gocovri contain the same active ingredient, amantadine, which already has generic options on the market. Both Adamas and Osmotica/Vertical improved the drug by developing extended-release versions of amantadine.

That's where the similarities end.

Osmotica and Vertical got Osmolex ER approved under the FDA's 505(b)(2) pathway, which allows drugmakers to use the efficacy data from previous clinical trials and only test the bioavailability of their drug. For Osmolex ER, Osmotica and Vertical tested the bioavailability of the drug compared to immediate-release amantadine syrup in healthy volunteers. 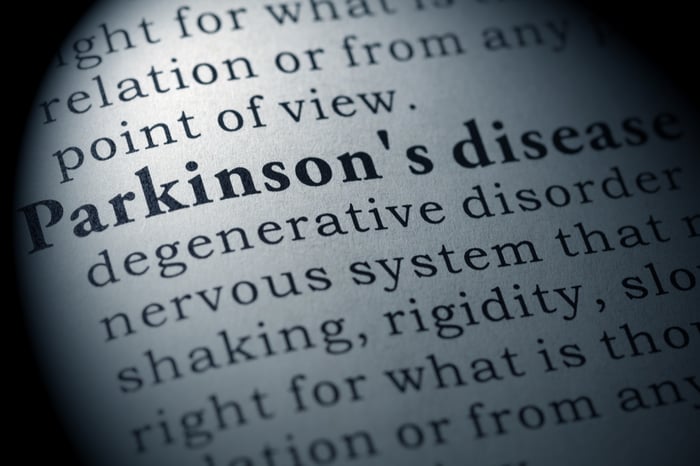 The different approval pathways result in different labels. Gocovri is approved for "treatment of dyskinesia in patients with Parkinson's disease receiving levodopa-based therapy" based on its clinical trials, while Osmolex ER is approved for the "treatment of Parkinson's disease and for the treatment of drug-induced extrapyramidal reactions [drug-induced movement disorders]" based on clinical trials of the previously approved immediate-release drugs.

On Friday, Osmotica and Vertical took a pre-emptive strike, filing an action in federal court asking for a declaratory judgment that Osmolex ER doesn't infringe on Adamas' patents covering compositions and uses of amantadine.

The best-case scenario for Adamas would be that a judge finds that Osmolex ER infringes on Adamas' patents and rules that Osmolex ER has to be pulled off the market. Unfortunately, it's really hard for investors to handicap the likelihood of a positive outcome from the lawsuit.

If it stays on the market, how much Osmolex ER will interfere with Gocovri's sales is also a bit of a mystery. Doctors are free to prescribe Osmolex ER "off-label" specifically to treat dyskinesia in patients with Parkinson's disease; they've been doing it with immediate-release amantadine for years. Of course, Adamas will argue it's the only one with data that shows its version of amantadine helps dyskinesia, which should convince some doctors to use Gocovri even if it's a more expensive option.

Adamas Pharmaceuticals will report fourth-quarter earnings on Thursday. The report will offer a first look at how sales of Gocovri are going and presumably some color from management on its strategy with the new competition.