Fragmentation has always inhibited Android in the enterprise.

Android may be the dominant mobile operating system in the world on the consumer front, but the platform's position in the enterprise is much weaker. Nearly 90% of all smartphones globally run Android, according to Gartner, but Alphabet (GOOG -2.27%) (GOOGL -2.18%) subsidiary Google only has about a 30% share of the enterprise market. Meanwhile, Apple (AAPL -1.55%) continues to move deeper and deeper into the enterprise, growing its stable of partners.

Google is starting to push harder in the enterprise. 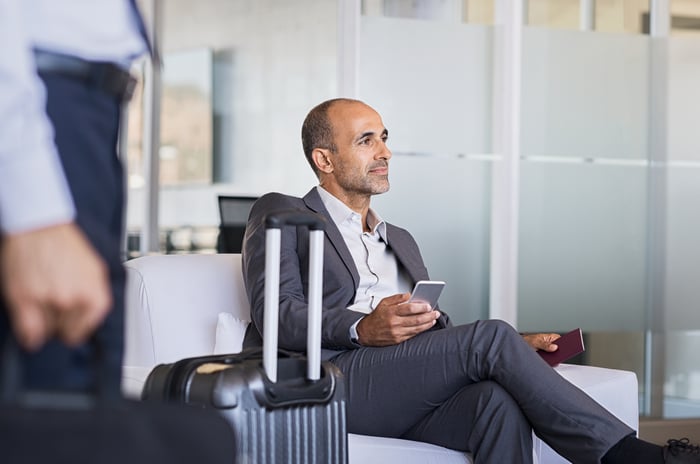 The search giant has announced a new Android Enterprise Recommended program, which the company hopes will help address certain friction points that hinder Android adoption within companies. "Some of the top concerns we've heard from customers include the need for frequent security updates, reliable and consistent software experiences, and simplified device selection," Android Enterprise director David Still wrote in a blog post.

Under the new program, Google will validate and certify specific Android devices for use in the enterprise, while providing tools that will help enterprise customers select, deploy, and manage those devices. Some of the requirements include minimum hardware specs for Android 7.0, support of bulk deployment, and prompt software updates, among others.

The company lists nearly two dozen devices that are certified, including Google's own Pixel lineup, of course -- Google penned a separate blog post highlighting that Pixel and Pixel 2 had earned the Android Enterprise Recommended seal of approval -- but there is a particular smartphone OEM that is notably absent: Samsung. As the dominant Android vendor in the world, it seems peculiar, but Still says more certified devices will be added in the "coming weeks and months."

In recent years, Apple has been expanding aggressively in the enterprise, thanks in part to partnerships that bolster distribution with enterprise channel partners and foster enterprise app development. For example, the 2014 deal with IBM represented a strategic turning point, and in the years since, the Mac maker has added companies like Cisco and Accenture to its list, among others.

A whopping 99% of enterprise organizations use iPhones and iPads, and 91% of those companies are now starting to adopt Macs, according to a report last year from Jamf, which makes enterprise mobile device management software. On the November earnings call, CFO Luca Maestri said, "Beyond our iOS devices, we're also seeing great traction for Mac in the enterprise market with all-time record customer purchases in fiscal year 2017."

One key reason Apple has been able to make such impressive progress is that its platform is far less fragmented, a notorious and long-standing problem with Android. Prompt software updates are particularly important, as they often include crucial security improvements. The new Android Enterprise Recommended program hopes to mitigate fragmentation by compiling a manageable list of devices for companies to choose from, but the search giant still has a long way to go to catch up with Apple in the enterprise.