Digital Realty Trust and Las Vegas Sands are solid choices in their respective industries, and they pay relatively high dividends.

Retirement should be a time of peace, contentment, and personal freedom. No one entering their golden years should have to spend their days fretting over their investments.

That's why retirees (and soon-to-be retirees) should consider the two companies below. Neither of them is generally considered an ideal retirement stock, which I think is an oversight. Both of them, in my opinion, are thriving in industries that have a lot of potential. Both also pay regular dividends, which can help to shore up retirees' finances.

Here are a few words about each. 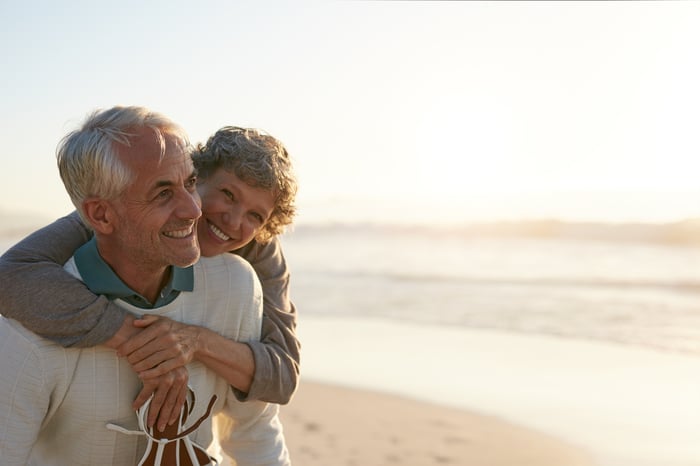 We live in a world that has an ever-increasing need for computing power. At the heart of this is the data center -- a big, secure warehouse filled with the equipment required to store and transfer data for websites, mobile apps, an so on.

These days, a clutch of real estate investment trusts (REITs) concentrates exclusively on the data center segment. In my view, the best of these specialists is Digital Realty Trust (DLR 1.58%), an operator that has been in the data center game for years and knows its business cold.

Not only is Digital Realty benefiting from the trend of widespread digitization, but it's also adding to its business with strategic acquisitions. Last year, it acquired fellow data center REIT DuPont Fabros in a deal valued at $7.6 billion, adding 12 data centers in major U.S. metropolitan areas to its tally. (At the moment, the company holds over 180 properties.)

The REIT's latest reported occupancy rate was just over 90%. That says something about the high demand for its services and the trust that clients have in its offerings.

Going forward, Digital Realty Trust is guiding for revenue of $3 billion to $3.2 billion and AFFO of $6.45 to $6.60 in fiscal 2018. As a REIT, it's a regular dividend-payer, most recently handing out a quarterly distribution of $0.93 per share. This yields 3.8% at the latest closing stock price.

While the casino industry can be up and down at times, one of its biggest players -- Las Vegas Sands (LVS 5.86%) -- has managed to book a profit even in leaner periods.

Despite its name, the company's biggest footprint is in Macau. Half of its 10 resorts are in this Chinese gaming enclave, which is currently getting its mojo back: In 2017, overall gaming revenue there saw a nice 19% pop to $33 billion.

Not every Sands property in Macau saw net revenue increases during the year, but collectively, Las Vegas Sands' operations there managed a 16% revenue gain. This helped the company grow its overall revenue by 13% to almost $12.9 billion. Adjusted net profit saw an even greater leap, spiking 30% to $2.41 billion.

We should keep in mind that this Macau growth occurred even in the face of new competition there: Wynn Resorts' glitzy Wynn Palace had its first full year of operation in 2017.

Meanwhile, Sands has another engine of growth elsewhere in Asia: its sprawling Marina Bay Sands resort in Singapore. It has the highest net revenue figure of all the company's properties, and it delivered double-digit growth for 2017, with its take rising 13% to over $3.15 billion.

On average, analysts predict more growth for the company, anticipating that adjusted EPS will rise by 9% this fiscal year on a revenue improvement of 4%.

Sands has proved it can profit even during the tough times. Its annual headline net margin was still comfortably in the double-digit percentages in the two toughest years (2014 and 2015) of the Macau crackdown. I'd fully expect it to continue landing well in the black, even if there's another slump.

Meanwhile, the company doesn't skimp on its quarterly dividend: It pays $0.75 per share for a yield of 4%.

Like any stock investment, neither Digital Realty Trust nor Las Vegas Sands is without risk.

Yet both companies operate in proven businesses that have seen robust growth recently. They're also led by capable management teams that can navigate through their industries' numerous challenges. Finally, those relatively generous dividends keep coins flowing into shareholders' pockets on a regular basis. All of these factors make these stocks good choices for those exiting their working years.

3 Beaten Down Stocks Ready to Bounce Back