Please ensure Javascript is enabled for purposes of website accessibility
Log In Help Join The Motley Fool
Free Article Join Over 1 Million Premium Members And Get More In-Depth Stock Guidance and Research
By Natalie Walters - Feb 25, 2018 at 8:44AM

Over one million people have signed a petition asking Snap to reverse the Snapchat update.

Snap (SNAP -4.22%) has long been lauded as the "it" social media app for teens and young adults. But now Snap is in a curious position for a social media company in that it actually needs to attract older users.

That's opposite the problem that Facebook (NASDAQ: FB) is having. In fact, Facebook is expected to lose two million users in the U.S. under the age of 25 this year, while Snapchat is expected to add 1.9 million U.S. users under 25.

However, the company's future growth is being called into question after Snapchat recently rolled out a redesign specifically aimed at older users -- much to the horror of its core user group. 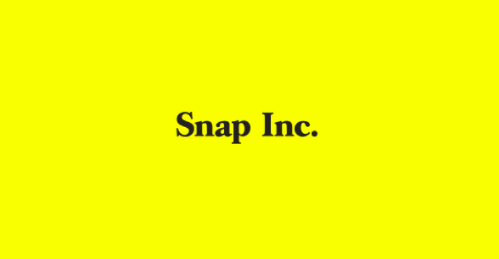 Snap might be the only social media company that is struggling to attract older users. Image source: Snap Inc.

Snapchat's update, which separates professional posts from friends' posts, was designed with older users in mind, according to comments from Spiegel on the fourth-quarter earnings call. In fact, the changes have already led to a dramatic increase in time spent on the app among users over 35, he said.

"We believe that the redesign has also made our application simpler and easier to use, especially for older users," Spiegel explained.

Users don't tend to like big changes in the design of the social apps they use everyday -- and Snap knew that. Spiegel warned investors during the latest earnings call that it would take time for people to accept the change. At the time, Spiegel also noted that early observations showed the redesign would help its long-term growth.

Sure enough, Snapchat users immediately hated the update. In fact, over 1.2 million people have signed a petition on change.org asking Snap to remove the update that they say has made features more difficult to use.

The petition states that small updates like the release of text fonts are helpful. The issue is with the overall redesign, which includes splitting friends' and publishers' content up, as well as putting Snapchat Stories in the same place as individual Snaps and direct messages. Previously, Snapchat Stories were in their own section.

"There is a general level of annoyance among users and many have decided to use a VPN app, or are using other risky apps or steps, to go back to the old Snapchat as that's how annoying this new update has become," the petition reads.

On Feb. 20 the Snap team posted a response on change.org that said while the team appreciated the feedback, the redesign is here to stay.

The team elaborated by saying that the goal of the redesign was to make it easier to connect with your real friends. Snap also said that the Friends and Discover pages will get smarter over time as they learn who each user interacts with the most. In addition, Snap will soon release tabs in Friends and Discover that will make it easier to find Stories and customize those pages.

Even Citi and Kylie Jenner are weary of the redesign

Reality TV celebrity Kylie Jenner, a big Snapchat user, sent out a shock wave in the Snap community when she posted a tweet on Feb. 21 that said the redesign makes her not want to use the app anymore.

With Snap down over 11% to $17.54 as of Feb. 23, a number of people were blaming the drop on Jenner's tweet. However, Snap also received a downgrade from Citi on Tuesday to "sell" from "neutral" due to the extreme negative feedback about the update.

"While the recent redesign of its flagship app could produce positive long-term benefits, the significant jump in negative app reviews since the redesign was pushed out a few weeks could result in a decline in users and user engagement, which could negatively impact financial results," Citi's Mark May wrote Tuesday.

Spiegel snaps back at users, says they will get used to it

While Spiegel had warned investors that users would need time to get used to the redesign, it's hard to imagine that he was prepared for this level of pushback. A petition with 1.2 million signatures begging for a reversal in design isn't normal.

However, he seemed fine with the negative feedback according to his comments made at the Goldman Sachs Internet and Technology Conference on Feb. 15.

"We're excited about what we're seeing so far," Spiegel said at the event.

He said the complaints they're receiving are actually validating the changes they made. For example, one complaint they've been receiving is that celebrities like Kim Kardashian no longer feel like their friend because their Stories are in a separate area now. Spiegel said this change is actually good because those celebrities were never their real friends anyway.

Snap is obviously trying to grow its users by appealing to people outside of the below-25 age group. However, it needs to be careful, or it will alienate its core group of loyal users in its pursuit of new users.