Find out how the company now known as Booking Holdings did.

Most investors don't think too much about the name a company chooses, paying far more attention to sales and earnings. Yet the name of a company can tell you a lot about its strategic priorities. Until now, travel website industry leader Priceline Group had kept the name of its initial name-your-own-price website, even as trends moved away from that portion of its business toward straight hotel booking services. Going forward, Priceline will now be known as Booking Holdings (BKNG 2.00%), featuring the name of its premier Booking.com website.

Coming into Tuesday's fourth-quarter financial report, investors had largely gotten used to the idea that Priceline had adopted an awkwardly rhyming new moniker, but they wanted to see further signs of growth. The online travel giant delivered solid results along with guidance pointing to better times ahead. Let's take a closer look at how Priceline Group did in its last quarter under its old name and what's ahead for Booking Holdings going forward. 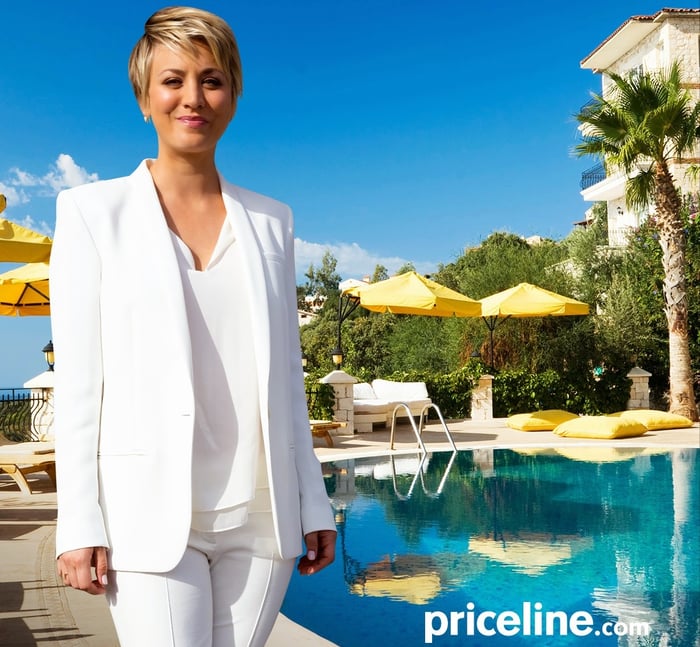 Priceline goes out with a bang

Priceline's fourth-quarter results finished 2017 on a high note. Sales were higher by 19% to $2.80 billion, and that was significantly higher than the 15% growth rate that most investors were expecting to see. After accounting for one-time items, adjusted net income of $835.6 million was higher by 18% from year-ago levels, and that worked out to adjusted earnings of $16.86 per share. That crushed the consensus forecast among those following the stock for just $14.12 per share.

Tax reform had a huge one-time negative impact on the company. Remeasuring the value of net deferred tax liabilities gave Priceline a $217 million benefit, but deemed repatriation of all of its substantial overseas earnings forced the company to take a nearly $1.6 billion charge, netting out to a roughly $1.35 billion net negative impact from the reform law.

Fundamentally, many of Priceline's internal metrics continued to show slowing growth. Gross bookings climbed 19% to $17.98 billion, which was weaker than the 26% growth rate last year but was still faster than what the company posted during the second and third quarters of 2017. Merchant growth picked up sharply, while on the agency side, growth rates were the weakest since late 2015.

Weaker gains also showed up on most of Priceline's key product lines. Room nights sold were up 17% to 151.5 million, decelerating even further from the past several quarters. Rental car days climbed just 5% to 14.7 million. Only the airline ticket area showed a surprising bounce, posting a year-over-year gain for the first time in more than two years at 3%.

CEO Glenn Fogel liked what happened with Priceline. "We are pleased with the solid execution across all of our brands in 2017," Fogel said, "as we moved ahead on important investments in the year while driving strong top-line growth."

What's next for Booking Holdings?

Looking forward, the company is excited about its new incarnation as Booking Holdings. In the CEO's words, "We intend to continue to strategically invest in our business by growing our supply base to drive customer choice, innovating around the customer and supplier experience and investing in marketing that builds consumer awareness for our brands and delivers profitable top-line growth."

Booking's guidance for the first quarter of 2018 adopted new revenue accounting standards that make the numbers not quite comparable, in that they recognize revenue at check-in rather than check-out. For the first quarter, Booking expects gross travel bookings to climb 14.5% to 18.5%, with an 8% to 12% rise in hotel room nights booked. Adjusted net income should be between $10 and $10.40 per share. Based on old accounting standards, Booking sees adjusted earnings of $11 to $11.40 per share, which would be ahead of what investors had expected to see from the online travel giant.

Even investors like me who hate the new name were generally pleased with the report, and the stock soared 7% in after-hours trading following the announcement. By emphasizing the Booking.com site while keeping all of its portals working at their hardest, Booking Holdings is setting itself up for further success in 2018.

Market News and the Launch of The Motley Fool Foundation