Square's peer-to-peer payments app is losing money, but here's how it can provide value to Square.

Square's (SQ -2.68%) Cash App has consistently topped PayPal's (PYPL -0.49%) Venmo in downloads on the iTunes U.S. charts over the last three months. The peer-to-peer payments app has a growing user base, and it keeps adding new features (such as bitcoin purchases) to keep them engaged.

But in terms of monetization plans, Square is way behind Venmo. Its relatively small Cash for Businesses feature charges a 1.5% processing fee on payments, but it hasn't made very significant headway. Additionally, the option to withdraw funds immediately for an extra fee only appeals to a very small group of users. Meanwhile, PayPal says services it can monetize on Venmo -- like Pay With Venmo -- are growing faster than Venmo's peer-to-peer payments at the same point in its history.

In a recent interview, Square CFO Sarah Friar hinted at the idea that maybe Square doesn't need to generate revenue directly off of transactions in the Cash App to monetize it. Instead, it could gather valuable data from the app for use in other applications. 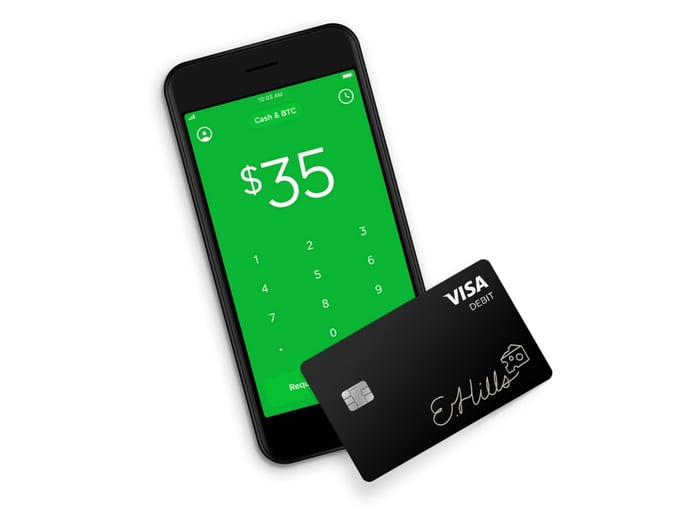 One of Square's most notable ancillary businesses is Square Capital, which offers loans to its merchants. Square has originated over $2 billion in small business loans since it launched Square Capital in 2014, doling out an average of just $6,000 at a time.

"On top of that we're building an asset called Cash App," Friar said earlier this month at the Goldman Sachs Technology and Internet Conference. "And as we start to see that really take off in terms of growth, we're excited by ... this new look into a consumer's profile." That's to say the data Square collects from Cash App users can be used to make similar lending decisions to Square Capital's small business loans.

A framework for thinking about Square's recent moves

In the fall of 2016, Square made a big change to the Cash App. Instead of instantly transferring money to your bank account, it would store the money in your Cash account. Withdrawals now take a couple days to reach your bank account.

The move not only saved money for Square (it's expensive to process instant deposits), but many saw it as a way to start monetizing the platform through convenience fees.

In fact, the more valuable development may have been the introduction of a virtual debit card, which users could use to spend down their Cash balance. The company subsequently launched a physical debit card last summer.

The debit card also provides a way to collect fees for processing, but the revenue is minimal as most of those fees are likely passed onto the payments network. Square even offers promotional discounts to incentivize users to use their debit card, taking a loss on some transactions.

Finally, last fall Square started rolling out the option to buy bitcoin from within the Cash App. That became available to all users at the end of January. But Square doesn't take a commission on bitcoin purchases, so it doesn't generate revenue from that service, either.

What Square is getting out of these moves is a tremendous amount of consumer data. Bitcoin purchases encourage users to store money in the Cash App. The debit card provides data about how users spend that money. That's data Square can use to make instant lending decisions.

It's worth noting PayPal already offers instant lending decisions for consumers. The company held nearly $8 billion in loans between its consumer and merchant lending businesses as of the end of 2017, and that business is growing faster than its payments processing business.