Find out why these stocks led the market lower.

Tuesday was a down day on Wall Street, with major benchmarks falling more than 1% after several days of gains. Most of those following the market focused their attention on Capitol Hill, where new Federal Reserve Chair Jerome Powell gave testimony to Congress. Fears of as many as four interest rate increases from the Fed spooked investors, sending bond yields back upward and prompting new concerns about a longer-term stock market correction. Bad news from several individual companies also didn't help improve sentiment. AutoZone (AZO 0.69%), Nutrisystem (NTRI), and Carrizo Oil & Gas (CRZO) were among the worst performers on the day. Here's why they did so poorly.

Shares of AutoZone fell 11% after the auto parts giant reported its fiscal second-quarter financial results. Same-store sales grew 2.2% compared to the year-earlier quarter, but the impact on the company's bottom line was less than some had hoped, with adjusted net income climbing just 4%. Stock repurchases helped to boost the pace of per-share earnings growth, but despite ongoing new store openings, AutoZone didn't succeed in overcoming the negative sentiment that has surrounded the auto parts retail industry for more than a year now. Until the company can address the threat posed by e-commerce retail specialists, AutoZone could see further pressure. 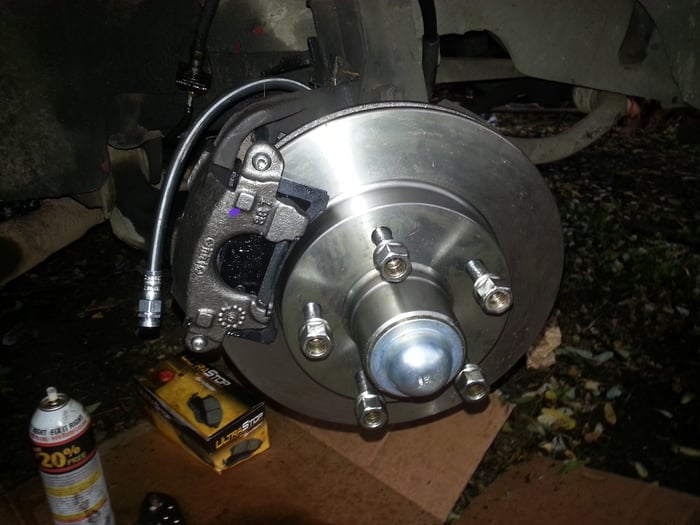 Nutrisystem stock plunged more than 21% in the wake of the nutrition and weight-loss industry giant's financial report for the fourth quarter of 2017. Nutrisystem said that revenue climbed 20%, spurring gains in earnings per share of more than 20% compared to year-ago levels. Yet first-quarter guidance was weak, particularly given that the first few months of the calendar year tend to be among the best for Nutrisystem and its peers to capitalize on those making New Year's resolutions. With strong competition from rivals and overall reductions in the number of people exposed to Nutrisystem's advertising efforts, the weight-loss company will have to find new ways to connect to customers in order to pull out of its downturn.

Finally, shares of Carrizo Oil & Gas dropped 18%. The energy exploration and production company posted reasonably solid results in its fourth-quarter financial report, including gains in production volume of almost 40% from year-earlier figures. Yet investors weren't pleased with Carrizo's outlook for the coming year, which includes higher costs for capital expenditures that are likely to translate to less production growth in 2018. Unless oil prices rise enough to help Carrizo afford the higher prices that oilfield services companies are charging, it could take a while for the oil and gas company to recover from its most recent setback.

Why Nutrisystem Stock Fell 12% in March

Here's Why Shares of Nutrisystem Are Down 22% Tuesday