It's been shown that dividend-paying stocks outperform non-dividend paying stocks, but not just any dividend stock deserves a spot in your portfolio. Investing in high dividend-paying stocks can be especially tricky because sometimes, high yields are the result of struggles that are weighing down shares prices. To help investors avoid the risk of buying a high-yield stock at the wrong time, we asked three Motley Fool investors what stocks are on their radar for income portfolios. In their view, the time is right to buy Baldwin & Lyons (NASDAQ: BWINB), HCP, Inc. (NYSE:PEAK), and AT&T Inc. (NYSE:T)

A specialty insurer on sale

Todd Campbell (Baldwin & Lyons): OK. You got me. I rounded up. Baldwin & Lyons' dividend yield of 4.8% is a little below the 5% cut off, but there's a reason I think this small-cap dividend stock could be a good fit for income investors willing to take on some risk. 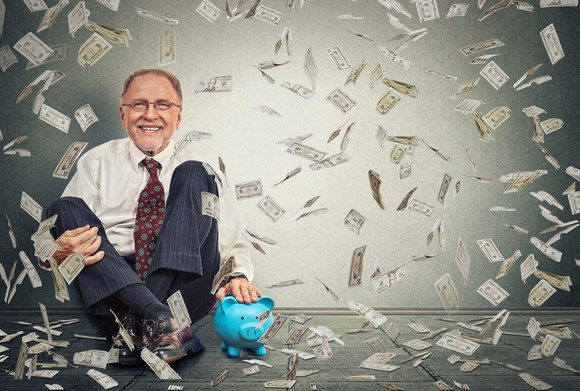 Baldwin & Lyons is a property & casualty insurer that's been around since 1930. Its insurance products focus on the transportation industry, including buses and commercial trucking. It also offers worker's compensation insurance.

The company's been expanding its distribution strategy, and that's translating into more policies being written. It's also earning more money on its investment portfolio because of rising interest rates. Its gross premiums written increased 37.5% year over year to $144.2 million in Q4 2017, and in 2017, it's full-year EPS was $1.21.

As a reminder, while insurers wait to pay out claims, they pocket dividends and gains on investments made with their premium revenue. Since interest rates on short-term bonds climb as the Fed hikes rates and the company writes more business, the current environment should offer some profit-friendly tailwinds. For instance, net investment income increased 42% in Q4 2017 from Q4 2016 and it grew 25% year over year for the full year 2017.

An argument can also be made that this company's stock is cheap right now. Last year, the company needed to increase its reserves to put it in a better financial position, and that has kept investors at bay. As a result, you can buy shares for less than 1 times sales and 1 times book value. That's historically low for this stock. 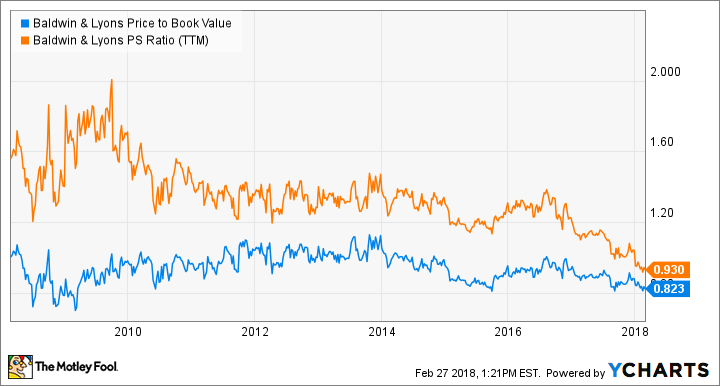 That said, there are some things that worry me about this stock. First, not a lot of shares change hands every day, and that means its shares could be volatile. Second, writing more policies is only a good thing if you do the underwriting correctly, and that's not a given.

Nevertheless, I think Baldwin & Lyons' stock price reflects enough of the risk for it to be considered an aggressive income portfolio.

This cheap stock has an amazing long-term opportunity

Matt Frankel (HCP): Healthcare real estate investment trust HCP has been beaten down recently, along with most of its peers. REITs in general have felt pressure from rising interest rates, and there are some concerns specific to healthcare, such as oversupply in the senior housing market and the financial condition of some facility operators. Thanks to these headwinds, HCP is down by more than 32% over the past year and now yields more than 6.6%.

For long-term investors, this can be a great opportunity. HCP owns 818 properties with major holdings in senior housing, life science, and medical offices, all three of which have tremendous long-tailed growth potential.

Specifically, the U.S. population is aging rapidly, with the 65-and-up segment of the population expected to roughly double by 2050. And the older (75+, 85+) age groups are growing even faster. It's obvious that this is a catalyst for senior housing, but older people also use medical offices more, and will increasingly rely on drugs, devices, and treatments developed in life science facilities.

After completing several strategic moves over the past couple of years, such as a spin-off of its riskiest assets, as well as sales of other assets meant to de-leverage the balance sheet and reduce the concentration of certain tenants, HCP will have the financial flexibility to develop properties to meet the growing demand, and to complete value-adding acquisitions as well.

Travis Hoium (AT&T): The telecommunications business seems to be under threat from both within and outside, which has been holding back AT&T's stock for a long time. Smaller players like Sprint (NYSE:S) and T-Mobile (NASDAQ:TMUS) have taken market share by lowering prices, and new streaming services have come from the outside and undercut landline and cable offerings that used to be part of a valuable package.

Long term, I think AT&T is well positioned to grow as a telecommunications provider. It's going to be one of the leaders in 5G networks as early as this year, along with Verizon (NYSE:VZ), and it has a streaming TV service that's growing in DirecTV Now. The streaming service could even be paired with wireless 5G connections, which would replace broadband to the home.

On top of the advances 5G brings to wireless and streaming services for consumers, it opens a world of technology advancements for other companies as well. Self-driving cars will use 5G networks to upload and download maps and other data they need to function. Virtual reality will likely see a boost in functionality and mobility as well because of 5G. And we have no idea what innovations will be enabled by faster wireless networks. All of this is to say that AT&T will likely see a surge in connected devices in the next decade, and as that happens, its revenue should grow as well.