All of McGrath RentCorp's business units were running at full steam in late 2017.

McGrath RentCorp (MGRC -0.22%) continued its financial improvement in the fourth quarter of 2017, which was reported after the market closed on Tuesday. Mobile modular continued to be a point of strength, but a recovery in telecommunications and energy markets helped, as well.

Here's a look at the raw numbers and a more detailed look at segment results for McGrath RentCorp last quarter. 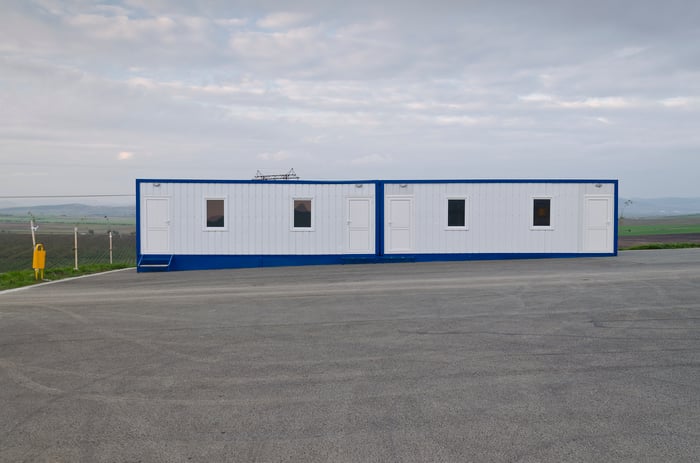 This is the rare quarter where all of McGrath RentCorp's businesses were performing well. And the tax bill passed in December also helped the bottom line. Here's a look at segment results and adjusted net income for the quarter.

There were a lot of bullish signs for McGrath RentCorp at the end of 2017, and management is so confident that it's putting the extra money the company is making into shareholders' pockets. CEO Joe Hanna said on the conference call:

Entering 2018, I believe that our businesses are well positioned and we will be working hard to build upon our solid 2017 performance.

If the earnings momentum continues, we could see further dividend increases in 2018.

As telecommunications businesses upgrade their systems, and oil drilling expands, it's likely that the momentum for all three business lines will improve. What investors will want to watch is rental rates in 2018, but right now, they look to be pointing in the right direction for all of McGrath RentCorp's markets.