Shares of North American school bus operator Student Transportation Inc (NASDAQ: STB) (TSX: STB) are up 24.7% at 11:27 a.m. EST today, following a late-afternoon announcement yesterday that the company had agreed to be acquired by a group of private investors. The group includes its largest shareholder, CDPQ, which has held an investment in the company for more than 16 years.

CPDQ and Ullico, its partner in the acquisition, have agreed to pay $7.50 per share in cash for Student Transportation, a 27% premium to the 20-day average price for the company's stock on the Toronto Stock Exchange. The deal also includes paying holders of the company's 6.25% and 5.25% convertible notes the same $7.50 for each share debtholders would be entitled to receive upon conversion, plus any unpaid accrued interest. 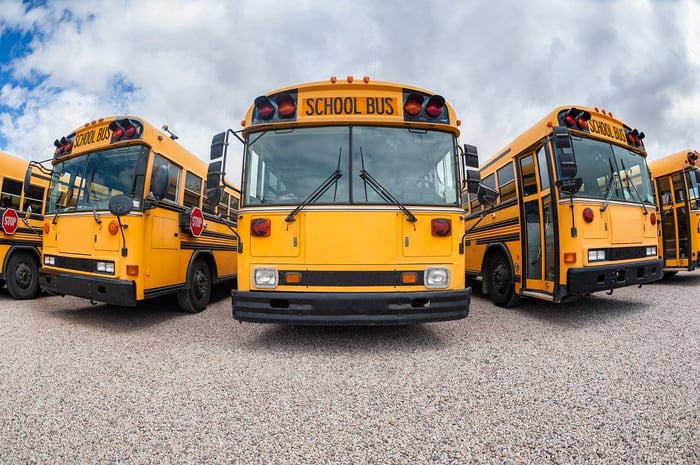 In the release, the company said that it expects the deal to close by the end of the second quarter of 2018.

There are a few things Student Transportation investors should consider before deciding what to do next. First, anyone who bought shares within the past 12 months is likely showing a pretty big unrealized gain after today's big jump: 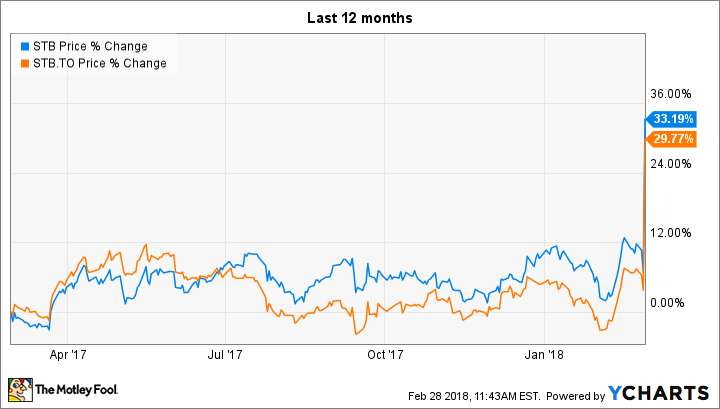 One real concern is tax consequences from selling too quickly. For U.S. investors who've held their shares less than 12 months in a taxable account, selling now would result in paying short-term capital gains tax based on your effective tax rate. But if you can hold your investment past the 12-month mark, your tax rate would fall to the long-term capital gains rate of 0%, 15%, or 20%. Depending on your income level and tax bracket, as well as how large a position you own in the company, the difference in tax savings could be substantial.

There's also the minor consideration of the dividends Student Transportation is committed to pay. The company pays a monthly cash dividend of $0.03667 per share, and recently announced it would continue this dividend through July (though that last payment will likely not happen since it's after the expected close date of the deal). It's not a very high payout -- worth roughly 2% in yield over the next four months -- but if you plan to hold for a few months, it's not nothing.

Put it all together, and shareholders don't really need to do anything immediately. Of course there's the risk of the deal falling apart and the stock price dropping, but it is a relatively low probability at this stage. Either way, it means you have some time to consider your situation before making any changes to your portfolio.