On Monday, investment banker Morgan Stanley broke from a pack of analysts who had been busily posting upgrades for lithium stocks -- and downgraded lithium miner Albemarle (NYSE:ALB) instead.

Today, Morgan Stanley's timely panning of Albemarle turned the banker into a big winner, after Albemarle reported a loss for fiscal Q4 2017, and its stock promptly sold off. Albemarle shares closed down 10% for the day. 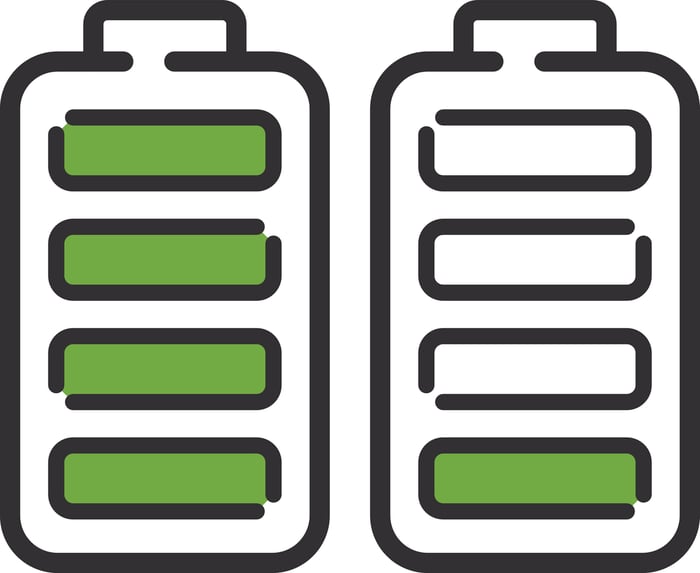 Were Albemarle's earnings full or empty? It depends on how much you trust pro forma accounting. Image source: Getty Images.

What caused the sell-off? Believe it or not, it wasn't an earnings miss. By all accounts, Albemarle's $1.34 per share in adjusted Q4 earnings met and even exceeded Wall Street's expectation for a $1.21 per share pro forma profit. Likewise for Albemarle's sales for the quarter, which came in at $857.8 million, up 23% year over year and ahead of the Street's expected $791.5 million.

Problem is, whatever the pro forma results might say, the fact is that Albemarle lost money last quarter -- $1.95 as calculated according to GAAP accounting standards. And while the company did earn a profit for 2017 as a whole, its 2017 GAAP profit of $0.49 really wasn't that impressive. With Albemarle stock selling for more than $100 a share even after Wednesday's sell-off, those $0.49 in earnings give the stock a P/E ratio of more than 200.

Also, cash from operations suffered significantly in 2017, with Albemarle generating only $304 million in operating cash flow, 30% less than last year. After capital spending of $317.7 million, that left Albemarle with negative free cash flow for the year.

Given the weak profits, negative free cash flow, and the high stock price, it's not terribly surprising to see that investors sold off Albemarle stock in response to the quarter's news. As for what happens next, that really depends on how much credence investors are willing to give Albemarle's "adjusted" profits this year.

Guiding investors on what to expect in 2018, Albemarle management said it hopes to pull down sales between $3.2 billion and $3.4 billion -- up at least 4% from last year. Adjusted earnings are expected to come in between $5 and $5.40 per share, but those are only pro forma figures. Management did not give GAAP guidance.