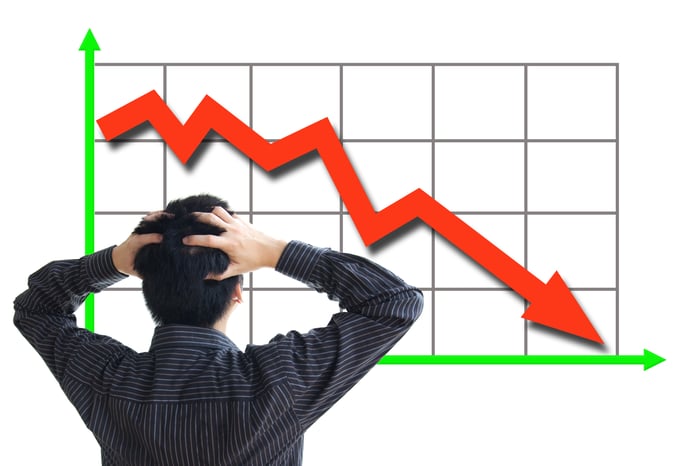 The real story wasn't EPR's 2017 numbers. The company's revenue grew by 17% year over year, and adjusted FFO (the REIT version of earnings) increased by 4% per share. Plus, the company invested $1.6 billion during the year, which is the strongest year in EPR's history.

Instead, the reason for the big plunge is EPR's 2018 guidance. EPR lowered its full-year adjusted FFO guidance range by $0.10 to $5.33-$5.48 per share, and also significantly lowered its investment forecast from $700 million to $800 million to a range of $400 million to $700 million while simultaneously increasing its disposition forecast.

Not surprisingly, following the disappointing guidance, EPR's stock was the recipient of analyst downgrades. KeyBanc analyst Craig Mailman acknowledged that the revised 2018 guidance was due to temporary issues, but said "we are concerned about the long-term growth trajectory for EPR given the increased cost of capital and the potential for a further upward move in long-term interest rates."

To make a long story short, 2018 could turn out to be a challenging year for EPR, and little if any growth is expected. Plus, if interest rates continue to rise, the stock could feel additional pressure.

On the other hand, EPR now yields more than 8.2% on a monthly basis, and as you can infer from the earlier discussion of guidance, its $4.32 annual payout is well covered by the company's projected FFO. If you believe EPR will make it through the rising-rate environment unscathed, the stock could prove to be a long-term bargain at its current level.