Shifting to higher-margin products and downsizing the retail operation are paying off for the footwear company.

Footwear company Crocs (CROX -2.75%) reported its fourth-quarter results before the market opened on Feb. 28. Both the top and bottom lines improved in the seasonally weak quarter, despite aggressive store closings. The company expects a lower store count to prevent revenue from growing this year, but both gross margin and operating expenses are set to improve. Here's what investors need to know about Crocs' fourth-quarter results.

Crocs provided the following guidance for the first quarter and 2018: 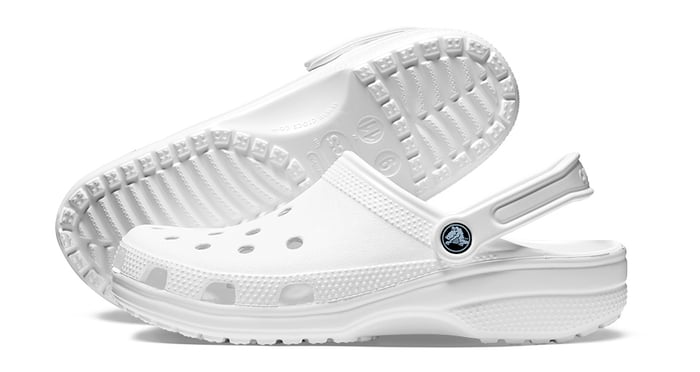 When this plan is complete, we will be operating less than 400 stores compared to 558 stores at the end of 2016. We began 2017 with a plan to reduce our store count by approximately 70 stores. In fact, we substantially accelerated our efforts and achieved net reduction of 111 stores, so that we ended 2017 with 447 stores. At this point, the heavy lifting associated with the store reduction plan is behind us, and we are on track to complete the remaining SG&A reduction activities this year.

Rees also pointed to strong growth in sandal sales: "We are continuing to grow our sandal business. Sandal revenues increased 44% in the fourth quarter and represented 15% of our total footwear sales, up from 11% in 2016's fourth quarter."

While Crocs' top line will be hit by store closings this year, leading to flat revenue in 2018, the company is making meaningful progress boosting its margins. Not only is gross margin improving, which is the result of shifting toward higher-margin products, but the company's cost-cutting initiatives are also starting to take hold.

Crocs' turnaround won't be a success until the company can return to revenue growth. But with wholesale, e-commerce, and comparable retail sales growing in the fourth quarter, the company is well on its way.

Why Crocs Stock Is Rising Today