Investing in value stocks -- companies with lots of potential that are currently underappreciated by the market -- can be a great long-term strategy. And when you combine a discounted stock price with a strong dividend, you have a recipe for a great retirement investment as well.

The trick, of course, is to discern which beaten-down equities really are value stocks. To that end, we asked a handful of Motley Fool contributors to suggest a few dividend payers that they view as underpriced today, and perfect to hold for your retirement down the road. Read on to find out why they picked General Motors (NYSE:GM), Delta Air Lines (NYSE:DAL), and Verizon Communications (NYSE:VZ). 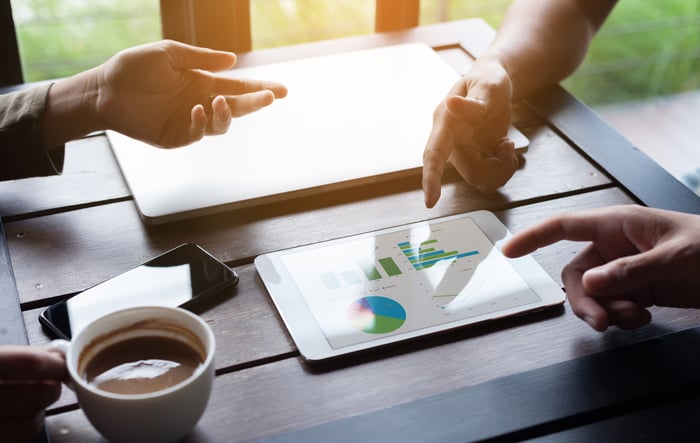 Not your usual value play

General Motors is one such opportunity. The automaker trades at a price-earnings ratio of just 6.2, compared to a valuation of 25.9 for the S&P 500. In other words, a share of GM is valued at less than one-fourth what you'd pay for a share in the broader market, which seems like a mistake. It's true that the U.S. auto market has passed its cyclical peak. Vehicle sales are expected to decline over the coming years, and the company has forecast flat profits for 2018. However, GM sees earnings growth coming in 2019 when its new line of high-margin pick-up trucks arrives at dealerships.

Wall Street still seems to be stigmatizing GM for its "Government Motors" period during and after the financial crisis, and investors also expect the auto industry will be disrupted by the rise of electric and autonomous vehicles. That shouldn't be a problem for GM, though, as it has a leading position in both categories with partnerships with ride-hailing leaders Uber and Lyft and electric car models like the Bolt and Volt. The Chevy-maker recently released an image of a Cruise AV with no steering wheel and says it expects to supply autonomous vehicles for ride-hailing services as soon as next year.

The company also offers a dividend that yields 3.7% currently. With a strong position in both the present and future auto markets, GM stock looks like a steal at today's prices.

Daniel Miller (Delta Air Lines): Investors looking for stocks perfect for retirement portfolios should be seeking large companies at enticing prices -- and if they offer dividends, that's a plus. Delta Air Lines might not be the first name that comes to mind, but it checks all of the above boxes and is well positioned for the future. Currently, it trades at a paltry price-to-earnings ratio of 10 and a forward price-to-earnings (per Morningstar's consensus estimates) of 8. It also offers investors a quarterly dividend of $0.305 per share, which today yields 2.1%.

Delta's fourth-quarter results were encouraging. Its passenger revenue per available seat mile increased 4.2% compared to the prior year, and if fuel prices fall, it should enjoy a strong 2018. The airline has typically operated an older fleet of planes to help minimize costs, although the savings from that are partially offset by higher maintenance outlays. But it's beginning to invest in its fleet to drive better fuel efficiency: Delta will take delivery of roughly 60 new aircraft in 2018, a step toward its goal to renew 30% of its mainline fleet by 2020.

Another positive factor for long-term investors is Delta's co-branding partnership with American Express. It's the largest co-brand partner of American Express, and the only U.S. airline the credit card giant partners with; the co-brand spend has grown 12% annually since 2013, according to Delta. That relationship helps boost customer loyalty and has increased the demand for SkyMiles as a usable currency. Delta offers investors more than just a dividend and a cheap valuation -- it's also investing in its future and expanding its loyal customer base. That's a good combination and makes this a great stock for retirement.

Chris Neiger (Verizon Communications): Increasing competition in the U.S. wireless game has taken a toll on market leader Verizon. It has lost some customers to the Un-Carrier appeal of T-Mobile, and stronger cellular offerings from AT&T have narrowed Verizon's early competitive advantages -- all of which has pushed down the carrier's stock price. Verizon's share price has slipped about 3% over the past year; the stock now trades at just over 10 times forward earnings.

But Verizon's stumbles may offer an opportunity for value investors. While it saw a lot of its subscribers jump ship in early 2017 in favor of its rivals' unlimited plans, Verizon reversed that trend by finally launching its own unlimited deal, which helped it add 1.2 million net customers in the fourth quarter.

The company is also beginning to test out its new, faster 5G network this year, which could give it an advantage over smaller carriers like T-Mobile. Verizon is also committed to its Internet of Things strategy, which includes segments such as its telematics business for vehicles, and which will offer many new opportunities as the IoT grows.

But Verizon knows that in order to expand, it needs to look beyond fighting with its smaller rivals for cellular customers. That's why the company started its Oath media business, which includes the assets of internet acquisitions AOL and Yahoo! Offering both connectivity and content could prove to be a winning combination for Verizon as it looks for revenue streams beyond wireless.

Verizon may have hit a rough patch recently, but the nation's largest carrier is wisely pursuing new sources of revenue, and retirees should be happy with the company's forward yield of 4.9%, and its 11 consecutive years of dividend hikes.