Shares of outdoor recreational product maker Vista Outdoor (NYSE:VSTO) have plunged today, down 9.6% as of 1:04 p.m. EST, after retailer REI issued a statement that it was effectively suspending its relationship with Vista for the time being. Vista Outdoor manufactures guns and has not said if it will take any action in the aftermath of the mass shooting in Florida last month.

While REI itself does not sell guns, it does carry other Vista Outdoor brands such as Camelbak, Giro, and Bell, among others. REI notes that Dick's Sporting Goods and Walmart have recently announced they would raise the minimum age to purchase firearms to 21, among other actions, which REI applauds. 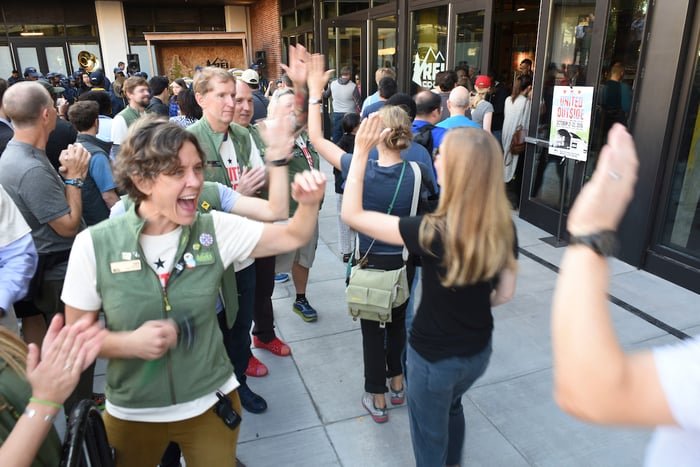 The company has been in "active discussions" with Vista, but says it learned yesterday that Vista was not planning to "make a public statement that outlines a clear plan of action."

REI has decided to "place a hold on future orders of products that Vista sells through REI while we assess how Vista proceeds." The retailer believes that gun manufacturers and distributors have a responsibility to "work toward common sense solutions" to prevent gun violence and is leveraging its position as a major retailer and distribution partner to encourage Vista into taking action.

Vista sells products through a wide range of retailers, with Walmart being the most prominent. Walmart represented 14% of total sales in the nine months ended Dec. 31, 2017, and shooting sports represented 49% of external sales during that time frame. The company says no other customer represented more than 10% of sales last quarter.