When people think about investing in energy, they often think primarily of oil stocks. In today's world, though, that's too narrow a definition of energy. So we asked three Motley Fool investors for their choice of three top energy stocks to consider buying in March that will help you take a broader approach, and they came up with renewable power producer Brookfield Renewable Partners LP (NYSE:BEP), wind turbine manufacturer Vestas Wind Systems (OTC:VWDRY), and massive midstream company TransCanada Corporation (NYSE:TRP). 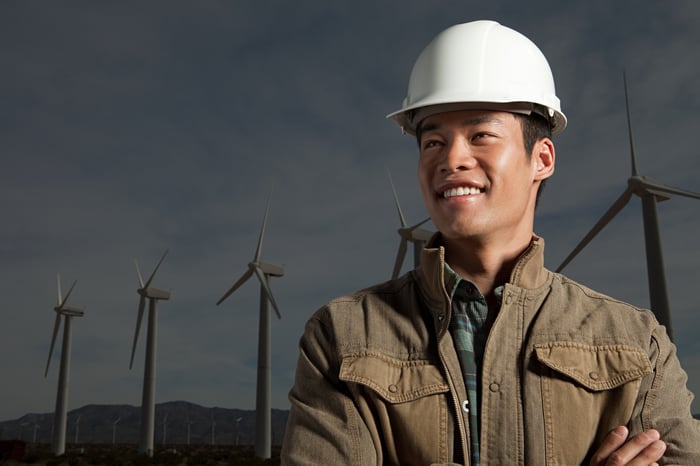 That said, while Brookfield Renewable performed well over the past year, its valuation has fallen in recent months along with the sell-off in the stock market. In fact, it's down more than 8% since the start of this year. Consequently, investors right now can buy this top-tier renewable partnership for an even better price and lock in a very generous 6.5% yield.

While that higher yield alone is reason enough to consider buying Brookfield, what makes it a top choice is the growth coming over the horizon. One of the most compelling drivers is Brookfield's interest in TerraForm Power, which recently made a needle-moving acquisition that should boost that company's earnings by 24%, allowing Brookfield to increase its dividend 6% more than initially expected this year. Growth drivers like that increase the likelihood that Brookfield can achieve its goal to deliver total returns of 12% to 15% annually over the long term.

An industry leader on sale

Jason Hall (Vestas Wind Systems): Shares of Vestas have been quite volatile over the past year. While they're down nearly 30% from their peak last summer, they've also rebounded since late 2017, gaining more than 23% over that period. And there's a good chance that investors in the company will see the stock keep going up and down for the foreseeable future. However, that shouldn't keep anyone from investing in the company as long as they can hold for the long term.

This is because renewables like wind are steadily taking more and more market share from fossil fuels, and Vestas is one of the most important turbine makers and service providers in the world. Wind energy production has established itself as a low-cost leader in many parts of the world, and the advent of low-cost energy storage is making cheap wind production a viable 24/7/365 source of electricity. Better yet, at least for renewables growth, storage and output costs are only going to fall further in the coming years. That's a winning combination for Vestas.

Why now? In short, because Vestas has gotten cheap, trading for less than 15 times trailing earnings. That's significantly cheaper than it has generally been over the past few years. 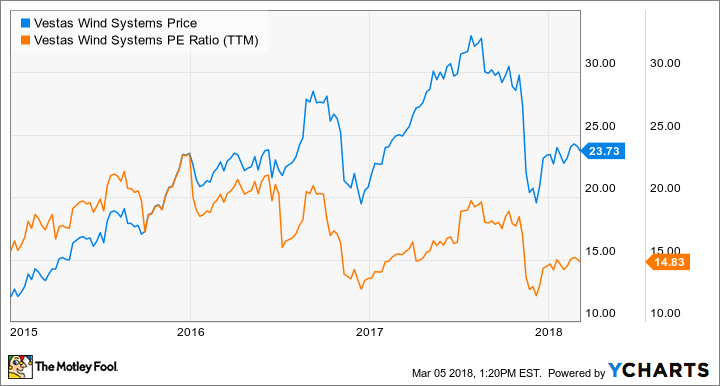 So even with a stock price that's almost doubled since 2015, the company's valuation has improved. With wonderful growth prospects ahead and a reasonable valuation, Vestas is an ideal candidate to buy now.

A conservative pipeline owner from north of the border

Reuben Gregg Brewer (TransCanada Corporation): Canadian midstream oil and natural gas giant TransCanada's shares remain around 20% below their most recent peak in mid-2014. The stock yields a robust 5%, more than twice what you would get from an S&P 500 index fund. That dividend is backed by a business that generates about 95% of its EBITDA from long-term contracts and regulated assets. And the stock's beta is roughly 0.60, suggesting that it is materially less volatile than the broader market. 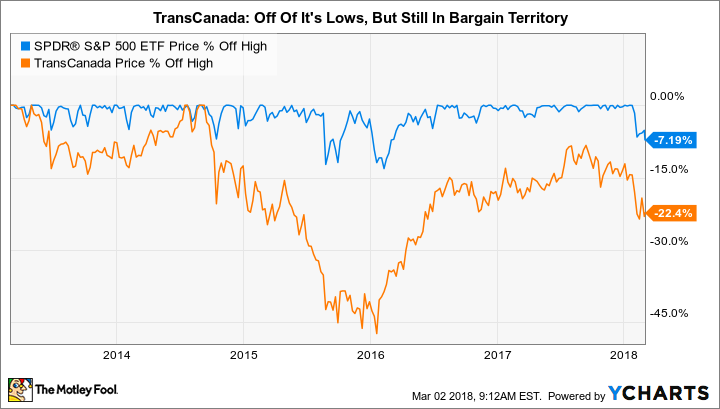 The future for TransCanada, meanwhile, looks particularly bright. It's expecting to complete 23 billion Canadian dollars' worth of projects between now and 2021. Those projects should push EBITDA up by around 10% a year over that span. This will allow the company to up the dividend by a similar amount annually through 2021. In other words, the income generated by an investment in TransCanada will be increasing at roughly three times the historical rate of inflation growth, ensuring that your buying power rises over time.

Another notable fact to keep in mind is that TransCanada is structured as a corporation, not a limited partnership, which is common in the midstream space. That means you can own it in a tax-advantaged retirement account like an IRA without fear of running afoul of any tax laws. Growth, yield, and simplicity all from a relatively conservative investment -- that's definitely worth a deep dive.

March opportunities to broaden your horizons

Yes, there are oil companies that you could buy in March. But if you are looking at investing in energy, then you should look beyond that single source for investment opportunities. If you take a little time to get to know Brookfield Renewable Energy Partners, Vestas, and TransCanada, you'll likely find that one is just right for your portfolio.