Capping off an incredible 2017, Shopify (NYSE:SHOP) turned in a blockbuster fourth quarter to end the year on a high note. While the e-commerce platform company's most recent earnings call covered all the key financials, what management had to say about its Shopify Plus business, its growth plans, and new technology was more important to investors who want to hold this stock for the long term.

Shopify has a tiered subscription structure for its merchants, with prices ranging from $9 per month for Shopify Lite to the high end, called Shopify Plus, where merchants pay at least $2,000 per month for a feature-rich subscription. The two top-tier subscriptions made up more than 50% of the company's gross merchandise value (GMV) sold on the platform last quarter. The fees the company collects on each sale made on the platform powered its merchant solutions revenue to grow a staggering 74% this quarter. 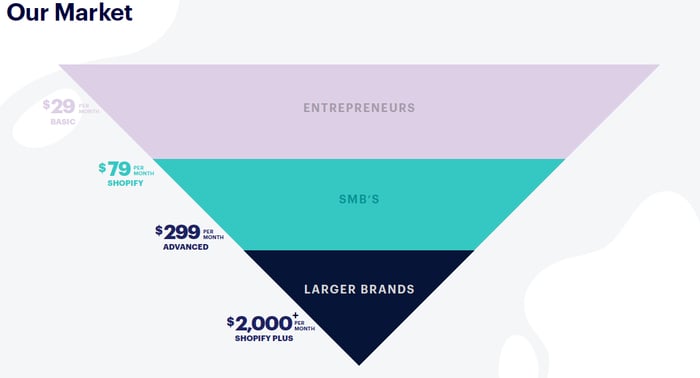 The company continues to improve its Shopify Plus offering and has attracted around 1,100 new merchants over the past year, bringing the total to approximately 3,600. These merchants made up more than 21% of the company's monthly recurring revenue, up from 17% in the previous year. The company indicated that a number of these merchants are racking up annual sales of over $100 million.

These higher-end merchants are a significant driver for Shopify's revenue, and are a crucial part of the company's growth strategy for the next five years.

2. "We're building for the future"

Having gone from tens of thousands of new merchant adds in 2016 to hundreds of thousands in 2017, the advantages of scale are clear, which is why in 2018 we will continue to strategically invest for growth. ... As such, we are building today for the Shopify of five years from now.

Shopify has always been focused on building for the long term, but in this quarter's earnings call, the company detailed its strategic investments for the next five years. The first involves Shopify Plus. The company announced that it's adding a building to its Waterloo, Ontario, location, which will house up to 500 new employees focused on supporting its Shopify Plus platform, including "sales and sales support, as well as for product development."

The second area of investment is in international markets, as non-English-speaking regions make up only 19% of the company's base. The company is starting its international focus in Germany, France, Japan, and Singapore.

Lastly, the company is investing in its core platform, including data analytics, machine learning, and future product offerings.

Future product offerings will most certainly include innovations in augmented reality (AR) and virtual reality (VR), which Tobi Lutke, Shopify's CEO, talked about to wrap up the earnings call. 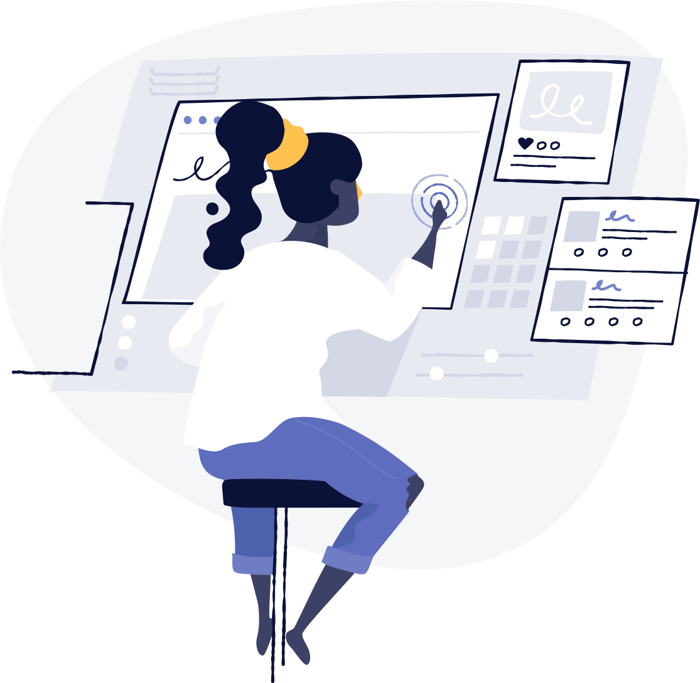 Shopify's software is like a mission control for businesses,  putting all the information in one place. Image source: Shopify.

...we are trying to predict where the future is going in e-commerce.

Lutke usually has the last word on the earnings calls to discuss what's on his mind. This time he decided to talk about how AR and VR will play into the future of e-commerce. Lutke explained that virtual reality could be used to bring the "very human process" of an interaction between a shopkeeper and a buyer to the internet.

Shopify's CEO is clearly excited about this technology and has been quoted as saying that "there are two kinds of people: those who believe in VR, and those who haven't tried it yet." With the company mission to make commerce better for everyone, I can see why VR is on Shopify's product road map.

Lutke believes that AR could be a "kind of tidal wave which is going to hit the furniture industry." He said that in two to three years, customers will expect to be able to see how a piece of furniture will look in their house before buying. He also expects that larger furniture companies will throw resources at AR to bring the advantages to their customers, but smaller entrepreneurs don't have that ability. Lutke wants to ensure that these retailers won't be left out and can access the technology by pushing a "single button." While this is still a long way off, the company is making progress toward real applications of the tech for its merchants.

With another earnings report in the books, I continue to be impressed with the numbers Shopify is putting up and the company's commitment to its long-term growth.