Smartphone veteran BlackBerry (NYSE:BB) is a very different animal these days. The Ontario-based company has stopped designing and selling phones of its own, and its new business direction is only getting muddier. This week, BlackBerry sued Facebook (NASDAQ:FB) for infringing on seven technology patents, asking the social network to shut down all three of its popular messaging apps.

Is BlackBerry turning into a zero-value patent troll?

Let's get one important detail out of the way before diving into BlackBerry's complaint. There's a time and a place for aggressive patent infringement lawsuits, but I don't think that this is one of those times.

I'm not saying that it's always wrong to file suit when another company tramples on your intellectual property rights. Without a vigorous patent protection policy, Intuitive Surgical would never have built its unassailable fortress of robotic surgery technologies. Universal Display isn't as aggressive as Intuitive Surgical, preferring the negotiating table over the courtroom when monetizing its organic light-emitting diode patents.

I own both of these stocks, and neither one would be a viable business without a usable patent protection system. So yes, I can appreciate a patent portfolio when it is properly managed -- and only weaponized when it makes sense. 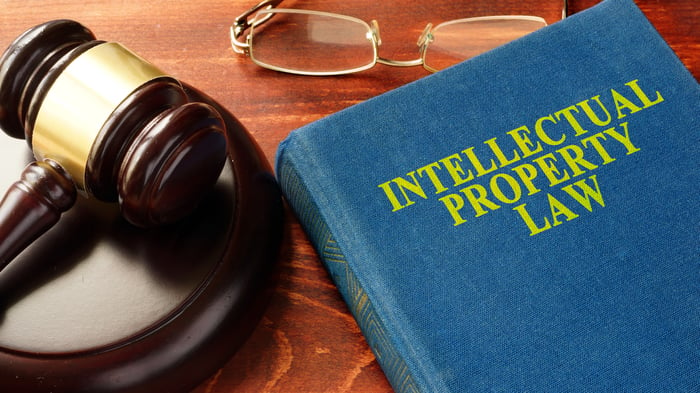 What's wrong with this complaint?

But I don't see a place for vigorous defense of incredibly broad patents. And that's what BlackBerry is doing here.

In a 117-page complaint to the Central District Court of California, BlackBerry leans on seven patents to make its case against Facebook. One of the patents concerns the concept of muting a message thread. Another describes how to insert timestamps into a conversation after a few minutes of no new messages. Then there's the patented idea of signaling the arrival of new messages with a numeric message counter on the notification icon.

Maybe I'm blind to the incredible innovation that went into these patents because the ideas are everywhere nowadays, but I honestly don't see why these broad concepts deserve any intellectual property protections at all.

Blackberry's suit sadly reflects the current state of its messaging business. Having abandoned its efforts to innovate, BlackBerry is now looking to tax the innovation of others. We intend to fight.

In other words, Facebook's view is that Facebook Messenger, Instagram, and WhatsApp were built on the company's own ideas rather than on BlackBerry's patents. Therefore, the Canadians don't deserve to make money from Facebook's messaging operations.

What's in it for BlackBerry?

The Facebook suit is likely to drag along through the court system for several years with appeals and new filings. The company has plenty of incentive to keep the legal gears grinding to the bitter end.

This is not BlackBerry's first patent suit rodeo, you see.

Rolling the dice on legal attacks is paying off for this company. Given that BlackBerry's management only aims to collect roughly $100 million a year in intellectual property revenue, these legal settlements are a very big deal for the company.

Too big, in my opinion. This is no way to run a business.