You'd be mistaken if you think that Casey's General Stores (NASDAQ:CASY), a convenience store with over 2,000 locations in small Midwestern towns, is primarily in the business of selling gas, cigarettes, and basic grocery items. While those categories did, in fact, provide 88% of revenue during the most recent quarter, the company's prepared foods -- pizza, wings, etc. -- are the real reasons investors have been willing to buy the stock at over 28 times trailing earnings.

But on that metric, Casey's once again fell short of its stated expectations. While that's no doubt a disappointment, the company announced an aggressive plan to re-accelerate sales in the division in the years to come.

How does the company plan to do this? We'll dig into the six-step plan below. 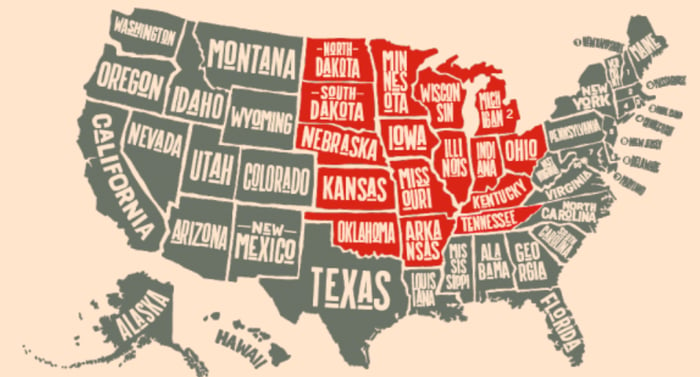 Casey's is growing its presence in the Midwest and beyond. Image source: Casey's General Stores.

Before we dive into the weeds, let's review the headline numbers for Casey's.

These numbers, however, can be misleading. Fuel accounts for the lion's share of sales at Casey's, but the price of gas, as we all know, can swing wildly, and the company has little control over such movements. It's the number of gallons sold and the margin that are really important.

The earnings shortfall, however, is indicative of deeper problems. At the beginning of the fiscal year, the company published same-store sales (SSS) forecasts for its three major divisions. Here's what the updated goals were for the year and how the third quarter panned out against those goals.

As you can see, performance from the company's fuel and grocery divisions did very well. But in the all-important prepared-food category, management once again over promised and under delivered. When the year started, management was calling for same-stores sales (SSS) to grow between 5% and 7% in prepared foods. Through three quarters, the company has not entered this range once and has consistently guided the benchmark down.

Speaking in the press release, CEO Terry Handley said, "An increased competitive promotional and pricing environment in our market area has put adverse pressure on this category, especially pizza." The downtrend will continue, with the midpoint of prepared food SSS guided down from 3% to 2.5%.

Huge changes on the horizon

Shares of Casey's, however, actually traded up slightly after the release. This likely has to do with the company's plans to re-accelerate growth moving forward. Specifically, management said that by the end of fiscal 2021:

The company would accomplish this through a six-point plan outlined in an investor presentation.

For now, current shareholders will have to give this plan the benefit of the doubt, as it calls for a drastic reversal of fortunes for the company.

As far as the three key divisions, the outlook for the fiscal year -- which has just one quarter remaining -- were changed as follows.

Three quarters into the fiscal year, Casey's is actually well behind its targets for store openings. However, management actually increased the midpoint of its range for store openings and acquisitions from 105 to 110 stores, while maintaining its outlook for 30 store replacements for the year and 75 store remodels.