Shares of Baozun (BZUN 17.05%) surged more than 30% on March 6 after the Chinese e-commerce services provider reported its fourth-quarter earnings.

Revenue rose 23% annually to $240.6 million, which missed expectations by about $5 million. However, non-GAAP net income soared 128% to $24.7 million, or $0.42 per share, topping estimates by $0.11. That earnings beat was impressive, but investors might be wondering if Baozun is still worth buying after rallying about 240% over the past 12 months. 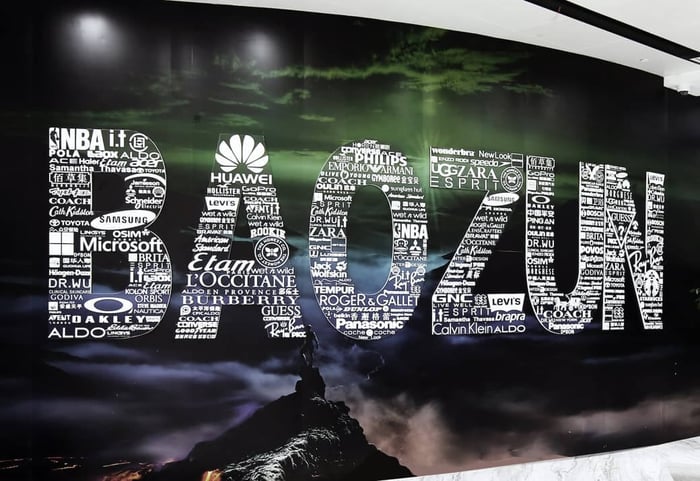 Baozun, which is often called the "Shopify of China," provides retailers with digital storefronts along with marketing, customer, fulfillment, and IT services. Simply put, it's a one-stop shop for bringing a business online in China.

This makes Baozun a smart play on China's booming e-commerce market, which likely topped $1.13 trillion last year, according to eMarketer, which estimates that e-commerce sales accounted for 23.1% of all retail sales in China last year. That figure could hit 40.8% by 2021 on rising incomes and internet penetration rates.

That's why Alibaba (BABA 4.79%), the top e-commerce company in that country, is one of Baozun's most prominent investors. Baozun's integration into Alibaba's marketplaces enables merchants to quickly sell their goods online. It's also partnered with Alibaba's top rival, JD.com, as well as stores on Tencent's WeChat, the most popular messaging app in China. 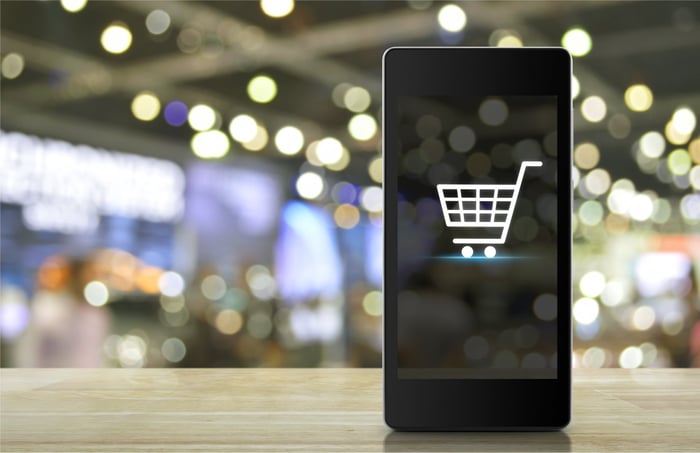 Baozun continues to attract major brands, including Starbucks and Nike, as a gateway into the Chinese e-commerce market. Its total number of brand partners rose from 133 at the end of 2016 to 152 at the end of 2017.

Rising e-commerce sales and a growing number of partners boosted Baozun's gross merchandise volume (GMV), or the total value of all goods processed on its platform, by 76% annually to 8.43 billion RMB ($1.3 billion) last quarter.

Baozun is pivoting its GMV from a distribution model, in which it takes ownership of goods sold, to a nondistribution one, wherein its vendors sell their goods directly to consumers. This move allows Baozun to reduce its operating costs.

Last quarter, its distribution GMV rose just 1% annually to 907.7 million RMB ($143 million), as its nondistribution GMV surged 93% to 7.52 billion RMB ($1.2 billion). That's why total operating expenses only rose 15% annually and accounted for just 89% of its revenue -- compared to 95% in the prior-year quarter.

Baozun's services revenue, which it generates from consignment and service fees, surged 56% annually to 782.6 million RMB ($120.3 million). This metric tells us how sticky Baozun's merchant base is and gauges its ability to upsell new services.

A common bear argument against Baozun is that Alibaba or JD could simply launch similar first-party platforms for their merchants. That remains a possibility, but it's highly unlikely that Alibaba will undercut a company in which it's invested. Meanwhile, Baozun's best-in-breed reputation in its niche should lock in companies like JD and Tencent.

The bears will also note that any slowdown in the Chinese economy will take a bite out of Baozun's growth, and its current trailing P/E of 63 would make it an easy target during a market downturn. Though that's certainly true, the same case could be made about market leaders like Alibaba and JD.

Baozun's big earnings beat easily offset its slight revenue miss, and its growth metrics are all headed in the right direction. Therefore, I believe that Baozun still has a lot of room to run, and investors with an appetite for risk should consider starting a position at current levels.

Why Baozun Stock Was Gaining Today
376%