GoPro, Inc. (NASDAQ:GPRO) has gone from market darling to outcast in its short time as a public company and investors don't know what to think about the company. Losses continued to mount in 2017 and after dropping its drone product it doesn't appear that the growth story is all that strong.

Taking a step back, GoPro is cutting its expenses to be a more streamlined company in hopes that it can survive as a stand-alone operation. Here's a look at how the strategy may play out for the company. 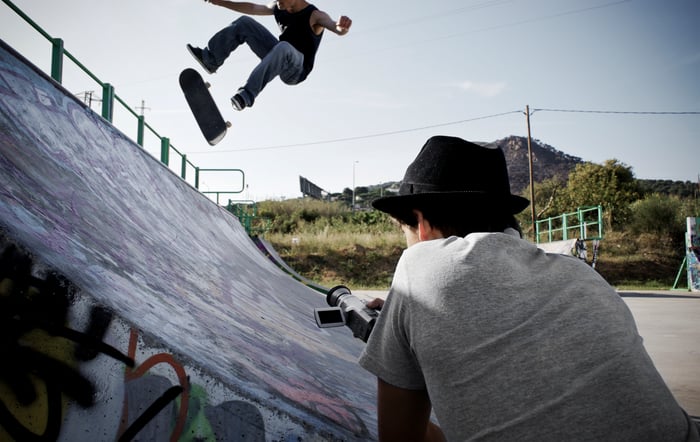 GoPro cutting to the bone

A drop in sales and gross margins has forced GoPro to slash expenses over the past two years, as you can see below. And the cuts will continue because in 2018 management expects to spend less than $400 million on operating expenses on a non-GAAP basis. 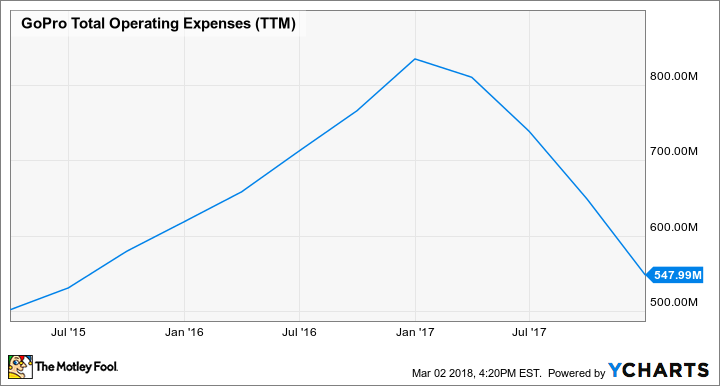 The problem is, camera shipments and revenue have been dropping as well and even aggressive cost-cutting can't turn around the decline in volume.

Gross margins have also been a challenge. In the fourth quarter of 2017, gross margin dropped to 25% as price cuts hit the business. GoPro is in a challenging position, having to lower camera prices to generate sales, which hurts gross margins and makes it hard to generate enough money to cover operating expenses.

The future may not look brighter

Two years ago, investors had a new drone and even a 360-degree camera to look forward to for growth. But the Karma drone has been discontinued and it's not clear the Fusion 360 camera is gaining much traction. It's an interesting product for GoPro long term, but at $699 it's a high priced product and the market isn't yet ready to make 360-degree video capture an everyday activity. A decade from now, it may be a much more common thing to see someone with a 360-degree camera, but right now it's a rarity.

Beyond those two markets, it's not clear where GoPro is going to grow or increase profitability. The company hasn't announced any new products and there's not a natural adjacent market it can enter, especially now that drones are out of the picture. That'll make it tough for GoPro to make a comeback. It may be time to try to find a buyer for the company because I don't think GoPro has a bright future on its own.