Social networking giant Facebook (NASDAQ:FB) has been hard at work making licensing deals with the three major record labels. Universal Music was the first to sign on the dotted line in December, followed shortly by Sony/ATV Music Publishing in January. The third and final label to get onboard is Warner Music, which has just announced that it has entered into a "holistic partnership" with Facebook that includes licensing agreements allowing its music to be used in "social experiences such as videos and messages."

The terms of the deal sound pretty similar to the other two agreements, focusing primarily on user-generated content, which previously could be taken down due to copyright violations. The agreement covers Facebook's core platform, as well as Messenger, Instagram, and Oculus. 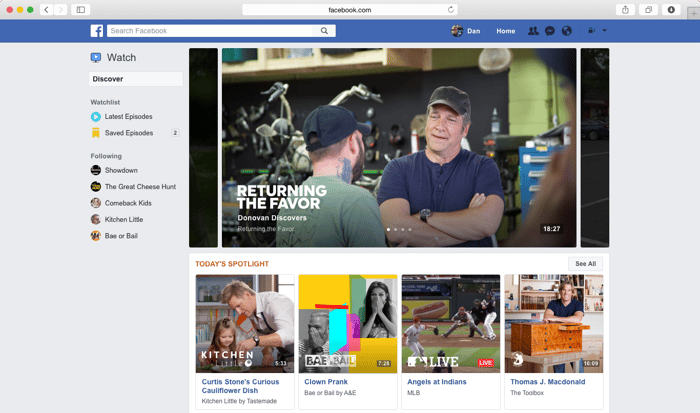 With these deals in hand, Facebook can really start to ramp up its ongoing efforts to compete with YouTube. Facebook's new Watch platform launched late last year, and for now primarily focuses on professionally produced shows, but it's just a matter of time before user-generated videos start to show up on Watch. The company recently hired two video execs, one to help "lead global video content strategy and planning" and another to be the head of product for Watch.

Without a doubt, Alphabet (NASDAQ:GOOG) (NASDAQ:GOOGL) subsidiary Google is keeping a close eye on the developments with Watch, particularly after Facebook poached music exec Tamara Hrivnak from YouTube in early 2017 to be its head of music business development and partnerships. In the Warner announcement, Hrivnak added, "We are delighted to partner with Warner, its artists and songwriters, and welcome them to our platforms."

Last month at Recode's Code Media conference, YouTube CEO Susan Wojcicki dismissed Facebook's video aspirations, joking that Facebook "should get back to baby pictures and sharing." On a more serious note, Wojcicki said, "And look, we should all compete for content. I build our business and I focus on what we need to do, and I know that we have a lot of things to do."

That last comment refers to the ongoing controversy regarding the rampant, algorithmically enabled spread of fake news and misinformation that is consuming all social media platforms, including Facebook and YouTube.

Quips aside, Wojcicki surely realizes that it's not wise to ignore Facebook. As Facebook's business has grown remarkably in recent years, the company now has considerable resources at its disposal to invest in strategically important initiatives like video. Total costs and expenses are expected to jump 45% to 60% in 2018, which translates into $30 billion to $33 billion in total expenses this year.

Facebook is in it for the long haul, and these licensing deals will be a crucial tool in the fight.