Few would disagree with the opinion that Warren Buffett is one of the greatest investors that has ever lived.

In five decades, Buffett turned Berkshire Hathaway (NYSE:BRK.A) (NYSE:BRK.B) from a struggling textile mill into a $500 billion empire. Little-known Berkshire went public in 1964 at $19. After decades of compounding investment returns, it now trades for $307,000 per share. Anyone who put even $76 into Berkshire's stock at its IPO and held on is now a millionaire.

Due to Buffett's unmatched stock picking skills, many people now look to him for new investment ideas. Berkshire just filed its Form 13F, which discloses what the company has recently been buying and selling. We learned that Buffett has been loading up on Apple, Monsanto, and a few banks this year, while trimming his stakes in Wells Fargo and IBM (NYSE:IBM). 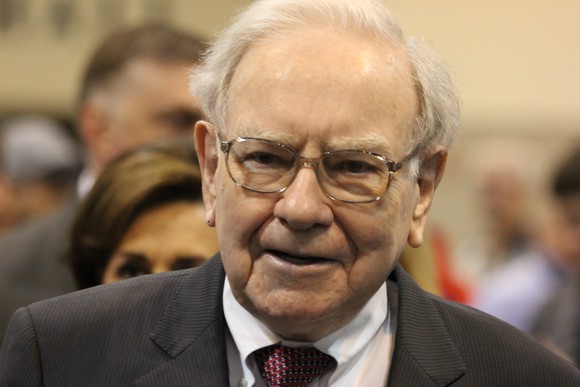 In each of Berkshire's annual reports, Buffett shares several of the investing ideals that he's followed throughout his career. He espouses buying companies that sell for less than their intrinsic value, ensuring an appropriate margin of safety, and looking for businesses that are simple enough that "even a ham sandwich could run" them. These words of investing wisdom have guided him to take huge stakes over the years in Coca Cola, See's Candies, and Burlington Northern.

However, the world has changed dramatically during the past half-century. And I would argue -- in what is perhaps an unpopular, contrarian opinion -- that several of Buffett's words of wisdom no longer actually hold true anymore.

By tapping into Berkshire's war chest of cash and deploying capital to projects that improve efficiencies, he fine-tunes these businesses to throttle their operating earnings. In post-WWII industrial America, economies of scale ruled the day. Multibillion-dollar assets like railroads or chemical plants were somewhat rare and difficult to replicate.

But in today's global era, the competitive advantages that made Berkshire billions of dollars aren't quite as strong anymore.

We've seen interest rates remain low for nearly a decade now. When money is cheap, it means that existing, depreciating hard assets that need upgrades are not only less valuable, but are a money-dragging hindrance. Many industries producing commodities moved overseas, where lower wages and operating costs offset the upfront costs of building new. Many manufacturing companies today prefer an asset-light model that focuses on intellectual property and outsources production to others.

Several of Berkshire's subsidiaries -- including major acquisitions like Precision Castparts and BNSF -- have seen a big negative impact from this change in the macro-financial climate.

In addition to money being cheaper, the internet changed the rules of business. Digital strategies overruled operational ones, mandating that companies embrace the web and manage their assets in different ways.

Those hard assets discussed above are fairly straightforward to value. You add up the total value of what they're making, subtract out the costs of the raw materials they need for production and their overhead expenses, and you're left with profit. To determine if new capacity would make sense, investors would run net present value calculations to discount future earnings and allocate capital to projects with short payback periods.

But valuing companies has become much more difficult for the poor, overworked financial analyst. Intangible assets like digital network effects or even key personnel can carry a significant amount of weight in our internet-based world.

Acquisitions like these look expensive to traditional analysts. And in terms of the balance sheet, they almost always have a significant amount of goodwill baked into the purchase price.

In short, Buffett's "margin of safety" rule is getting harder to quantify. Which leads me to my third point.

Buffett has famously said on record that he doesn't like investing in technology companies because he "doesn't understand them." That's likely being modest. After all, he's said -- only somewhat tongue-in-cheek -- that he spends 80% of his time reading 500 pages of newspapers and journals on a daily basis.

The truth is likely more that Buffett doesn't believe tech companies' competitive advantages are sustainable. Unlike railroads or consumer products, technology changes extremely quickly and has low barriers to entry. That makes the companies much more exposed to disruption than other industries where steel in the ground actually matters.

However, Buffett's aversion to technology has also caused him to miss some incredible investment returns. He admitted to investors at last year's annual shareholders' meeting that high valuation multiples have kept him out of both Alphabet and Amazon over the years. Even if they were added in just small doses, those two companies would have provided incredible returns for Berkshire shareholders.

But this issue is bigger than just missing Google and Amazon. Technology companies have provided the majority of the consolidated stock market's gains during the past decade. Those who were early to declare "data is the new oil" were spot on: The technology titans have displaced the integrated energy companies to become the largest companies of the S&P 500. To his credit, Buffett did place a sizable bet on tech when he invested $10 billion in IBM in 2011. He saw the potential of cognitive computing (which there was), and listened when IBM claimed it would revolutionize its business (which it did).

The problem is IBM had already gotten too large to be at the forefront of technology. As a $150 billion behemoth, it has significant bureaucratic hurdles and dying legacy businesses that make it hard to go all-in on new technology ventures, even if the company wanted to.

Berkshire, too, has a size problem when it comes to investing in tech. The fastest-moving companies that are really making strides in cognitive computing don't even have a total market capitalization of $10 billion.

For Buffett to make a large enough investment in this space to actually move the needle for his portfolio, he's limited to picking from the largest companies. And investing in tech by picking the most attractive of the slow-moving juggernauts is completely the wrong approach.

Ironically, Buffett's previous success has become a huge handicap to his future success.

It would be ignorant to deride Warren Buffett as an investor. He's a role model, and has guided many investors to look for quality businesses and to focus on the long term.

But the investing game is different for Warren Buffett than it is for everyday investors. We shouldn't try to force our strategies to match that of Berkshire's, but rather look for the market opportunities that favor the individual investor.