Overstock (NASDAQ:OSTK) is on fire. Against the S&P 500's 14% return over the past year, shares of the internet-based retailer are up 240%. But you can't credit the company's financials for this incredible run. Over the trailing-12-month period, Overstock has grown its top line on a year-over-year basis and has only had one profitable quarter during that period.

The company is making headlines less for its core e-commerce business and more for CEO Patrick Byrne's forays into cryptocurrencies. The outspoken CEO has always been a fan of digital currencies, once asserting that "bitcoin is more powerful than physical money" while railing against fiat currencies. Byrne also made Overstock one of the first major shopping outlets to commit to taking bitcoin as payment.

In the past few months, the CEO has doubled down on his cryptocurrency vision. He established a new trading platform, called tZero, whose digital tokens users will be able to use to go shopping on the company's eponymous site. The company also said it will perform an initial coin offering (ICO) for tZero preferred equity tokens.

But perhaps investors should ask if a digital token is the best use of the CEO's time and of their capital. 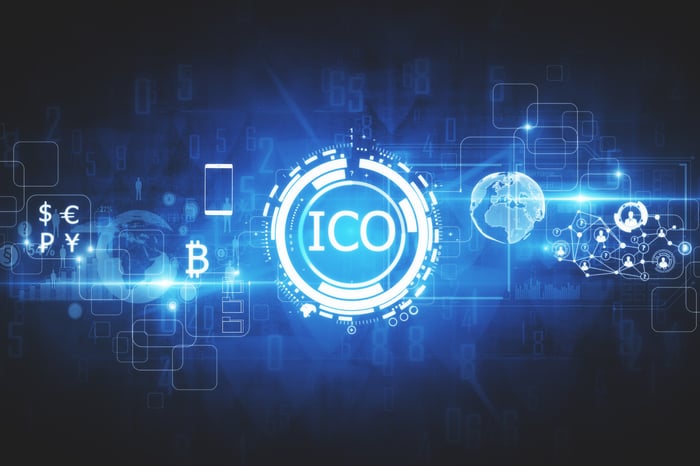 Byrne and investors may have opposing ideas on regulation

Shares of the company are trading lower on news that the Securities and Exchange Commission is asking the company for more information in regard to its tZero ICO. Byrne is, at this point, working with the regulating agency and said in an interview with Bloomberg that "it's way past due the SEC comes in and looks at this." It is Byrne's goal that tZero become the first SEC-regulated trading system.

However, Byrne's opinion may be at odds with typical cryptocurrency investors, who often note low regulation as a reason for investing in the asset class. Recently, bitcoin fell approximately 10% upon SEC demands that digital exchanges must register with the agency. Increased scrutiny and regulation have the potential to derail this nascent asset class and any price appreciation Overstock gained from its cryptocurrency-related announcements.

For investors, one of the more dubious cognitive blind spots is the halo effect. It's a cognitive bias wherein limited observed positive traits are extended to a person's entire character. For example, a common example of the halo effect is assuming physical attractiveness means a person is more intelligent, likable, and a better leader than others, all positive factors for selling goods or services.

Another version of the halo effect is assuming success is transferable or that once someone's a winner, he or she will always a winner. Although running any company, has overlapping functions, a key part of being an effective CEO is having a strong base of knowledge and technical aptitude. While Byrne has been effective at digital commerce, it's likely that his goal of bringing to market a cryptocurrency trading platform -- one in an increasingly regulated environment -- will require a vastly different skillset. And if entering this new business isn't risky enough, Byrne is seriously considering selling the digital commerce business to focus on the cryptocurrency market.

In the end, the combination of increased cryptocurrency regulation and oversight, a CEO potentially wandering outside his circle of competence, and stretched valuations all warrant extreme caution and heightened due diligence before anyone should invest here.