Target Corporation (NYSE:TGT) reported a decent quarter. Versus analyst expectations of revenue of $22.5 billion, the company posted $22.8 billion on the top line. In the heavily watched same-store sales metric, the company solidly beat expectations of 3.1% year-over-year growth by posting a 3.6% rate. Finally, online sales increased 29% from the prior year, higher than Walmart's (NYSE:WMT) 23% growth rate.

If you think investors were elated that Target finally posted strong year-over-year growth (10% -- although this figure does include an additional week of sales), you'd be wrong. Shares closed down 4.5% on the trading session as investors expressed concerns about the company's narrow adjusted earnings per share miss and guidance. In the long run, the biggest affected stakeholder may be Target's rank-and-file employees, and those betting on stronger wage inflation.

That's a trend that's becoming more common in the retail industry. As retailers grapple with how to balance maximizing profit against boosting their employees' compensation, Wall Street is making it quite clear what it would prefer to see. 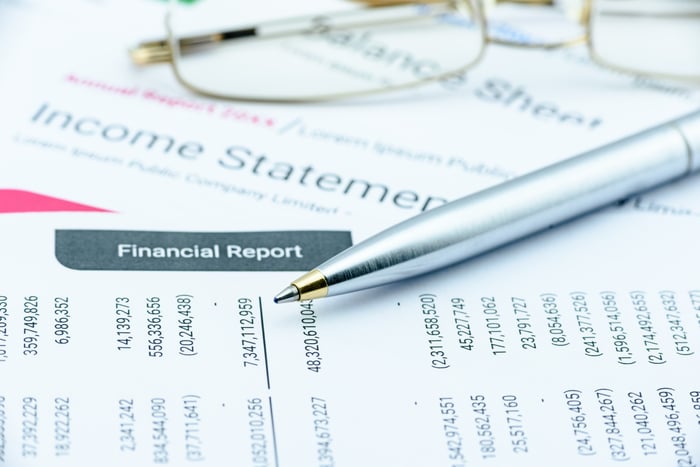 Wall Street hates labor costs, and is voting with its wallet

Target posted an adjusted-EPS miss of $1.37, a mere penny lower than the $1.38 consensus. Margins across the board decreased as sales, general, and administrative expenses rose a full percentage point; the company specifically noted that investments in employees hampered margins.

Wall Street seemed particularly bothered in light of the guidance for both companies, and wages were at the root of their derision. CVS noted it would boost starting pay for hourly employees from $9 per hour to $11 per hour and offer other employee-friendly benefits, which will total about $425 million annually. Increased investments are expected to drive down CVS' operating profit from earlier projections of 1% to 4% to a new range of -1.5% to 1.5%. Telsey Advisory Group analyst Joe Feldman summed up Wall Street's thoughts: "[Target] may hit the top line, like you saw this quarter, but will we see that fall through to the bottom line?"

When the tax cuts were signed last year, Council of Economic Advisors chairman Kevin Hassett argued the average family would receive a pre-tax $4,000-per-year pay raise starting in 2021. The theory was, as less cash goes to Uncle Sam, companies would spend more on employees. So far there has been mixed evidence this will occur -- Walmart, Target, and CVS have all increased their starting wages and most, on some level, have credited the GOP tax overhaul for increased salaries.

Critics have pointed out many employers have instead chosen to pay one-time bonuses, as high as $1,000 (the actual payouts are often much lower), as a PR-move, but have made no commitment to permanently raise wages. Others, like Walmart, had plans in place to increase salaries before the tax bill and have decided to pair increased salaries with job layoffs to control labor expenses.

Target's and CVS' harsh sell-offs point to the fact that Wall Street is likely to keep retailers on a tight string as it relates to compensation, especially if it comes at the expense of margins. Walmart, Target, and CVS are the the first, sixth, and seventh largest retailers in the U.S., respectively, with a combined workforce of approximately 2.8 million people. These three companies help to shape the employment landscape and collectively have an outsized effect of setting the price of retail labor. Right now, Wall Street is signaling margins must remain high even if sales are strong, which portends less wage pressures at the important low end of the income scale.