A recent Voicebot.ai report found that 47.3 million people in the U.S., or 20% of the adult population, now have access to a smart speaker. That's up from just 1% two years ago. The survey also found that Amazon (NASDAQ:AMZN) dominates the market with its Alexa-powered devices, and Alphabet's (NASDAQ:GOOG) (NASDAQ:GOOGL) Google Home is its only meaningful competitor. 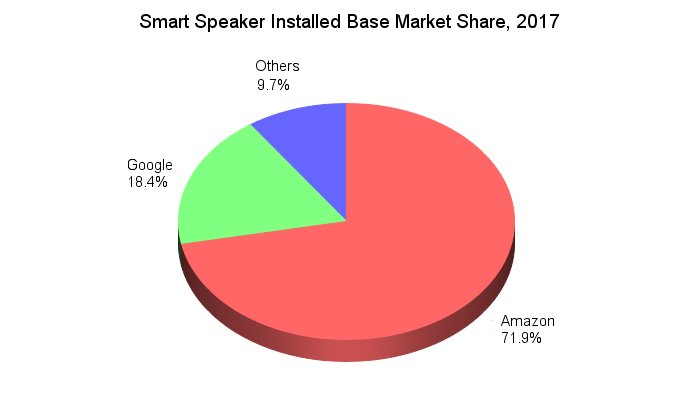 Alexa's strength is supported by the growth of Amazon's Prime ecosystem, which offers members free shipping, discounts, media content, and other perks. Research firm CIRP estimates that 63% of Amazon's U.S. customers are now Prime members, and that they spend nearly twice as much as non-members annually.

The firm expects the number of homes using smart speakers to jump from 13% currently to 55% over that time frame. Given Amazon's commanding lead in the space, Google and Apple -- which recently launched the HomePod -- could miss out on that growth.

A Foolish Take: 20% of American Adults Have Access to a Smart Speaker @themotleyfool #stocks $AMZN $GOOGL $GOOG Next Article
Current