Please ensure Javascript is enabled for purposes of website accessibility
Log In Help Join The Motley Fool
Free Article Join Over 1 Million Premium Members And Get More In-Depth Stock Guidance and Research
By Dan Caplinger - Mar 12, 2018 at 8:15AM

The food company has done a good job of rewarding shareholders in the past, but investors want to know what's next.

From a business standpoint, Hormel Foods (HRL 0.84%) is a pretty typical company, with an emphasis on meat processing and food products that has made it a household name for millions of Americans. For investors, the impressive combination of regular dividend increases and frequent stock splits puts its shares into elite ranks. Ambitious investors want to know when Hormel's stock price is likely to get back to levels that could prompt another decision to split its stock. Let's look more closely at Hormel to see what's coming next for the company and whether another split could be just around the corner.

Here are the dates and split ratios for the stock splits that Hormel has done in the past:

As you can see, Hormel has been splitting its stock for a long time. It's always been a believer in two-for-one splits, never being content to go with more modest ratios that some companies have used in order to prompt more frequent split decisions. Splits have tended to come at roughly five- to 10-year intervals.

Hormel hasn't always used the traditional approach in choosing when to split its shares. In 1987, Hormel shares were at about $50 per share before splitting, but shortly before the 1990 move, the company had only seen its stock climb into the $30s. Similarly, back in 2000, Hormel was priced below $50 per share when it did a two-for-one split, and subsequent price declines sent shares into the teens shortly thereafter.

Over the ensuing decade, Hormel waited a bit longer before splitting. But in 2011, the stock price was only in the $50s when the company decided to do a stock split, pushing the post-split price down into the $25 to $30 per share range.

Only by 2016 did the company use a more typical benchmark for doing a stock split. The company waited until its stock had climbed all the way toward $90 per share before splitting its shares, sending the price back into the $40s. 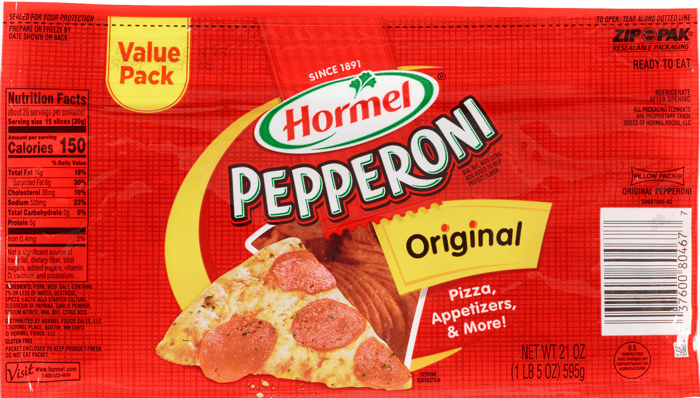 One big reason why Hormel doesn't follow a typical approach for stock splits is that it puts a high priority on dividends. The company is a member of the elite Dividend Aristocrats, with 52 years of consecutive annual dividend increases. At 2.25%, its dividend yield isn't stellar, but regular payouts have taken some of what would otherwise have gotten incorporated into share-price appreciation and instead paid it directly to its shareholders.

Hormel is also generous with its dividend increases. The most recent one early this year boosted the payout by more than 10% to $0.1875 per share on a quarterly basis, and sizable dividend growth has been a regular feature for the food company. Without the downward pressure on the stock that dividend payments make, Hormel would likely have been in position to do stock splits a lot more often.

Could a Hormel stock split be coming soon?

For most companies, it would be almost inconceivable that a split could happen for a stock whose price was in the mid-$30s. For Hormel, however, unusual stock split behavior is the norm. Yet with the company having just done a split two years ago, it's more likely that Hormel will wait at least a little longer rather than pulling the trigger on a stock split in 2018.