Universal Display Corporation (NASDAQ:OLED) saw its shares fall by 18.6% in February, according to data provided by S&P Global Market Intelligence, after the company released disappointing revenue guidance for full-year 2018 that failed to match up with Wall Street's estimates.

Additionally, sales from the company's important royalty and licensing business rose by 23% to $53.8 million, up from $43.6 million in the year-ago quarter. 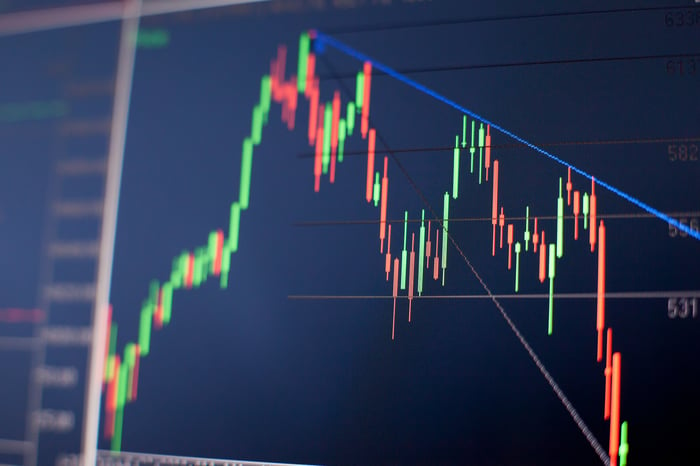 But investors focused their attention on the fact that Universal Display's management set guidance for full-year 2018 revenue that fell below Wall Street's consensus estimate for the year. The company's management said that sales for 2018 would be in the range of $350 million to $380 million, which is significantly below analysts' consensus estimate of $398.2 million.

Investors have been a little more optimistic about the company this month, and have pushed Universal Display's shares up about 2.6% as of this writing. Despite management's light guidance for 2018, Universal Display CFO Sidney Rosenblatt said in a press release that high-volume OLED production should ramp up next year, and that "2019 is poised to be a meaningful year of growth."