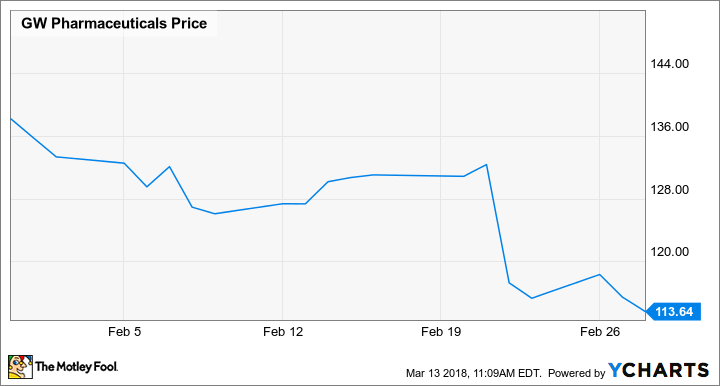 Its stock saw big sell-offs following an announcement from GW Pharmaceuticals that one if its in-development, cannabis-derived seizure treatment drugs had not produced the expected results. The phase 2a clinical evaluation for its GWP42006 compound did not show that the drug produced effects that were significantly better than those for the the study's placebo control group.

Both groups showed a roughly 40% reduction in focal seizures, with the performance for the placebo group coming in well above expectations and falling outside of the range documented in previously published studies. 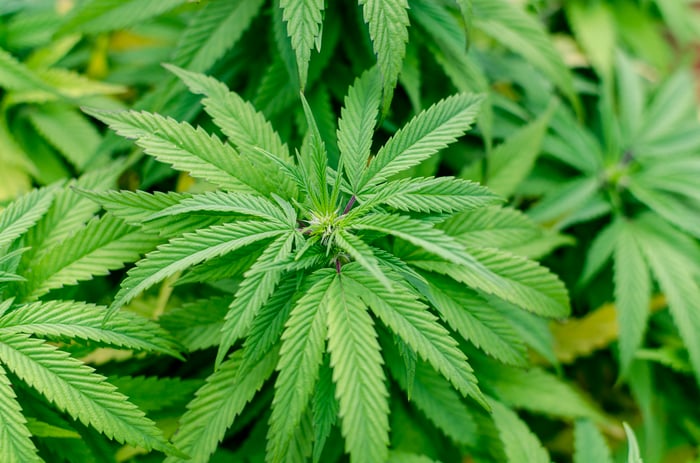 While the company was disappointed with the results for the recent GWP42006 study, it's still moving ahead with testing the compound as an epileptic seizure treatment and is also conducting trials on the drug's efficacy for treating symptoms of autism spectrum disorders.

The confounding results of GWP42006 present a significant setback for GW Pharmaceuticals, but the company is making progress on other fronts. Results from phase 3 testing for its epilepsy treatment drug Epidiolex have been very encouraging, and management expects that there is a good chance that the treatment could debut this year in the U.S. market.

GW Pharmaceuticals has big growth opportunities ahead, but it's worth keeping in mind that shares trade at lofty multiples. The company is valued at roughly 166 times forward sales -- a daunting multiple that underscores the risk of betting big on the future of marijuana-related industries.